AN INITIAL outline study has suggested reopening of the Cowley branch south of Oxford to passenger services is feasible. Capital costs are suggested as £29 to £38 million for a basic level of provision, rising to £35 to £53 million with potential enhancements, not including costs of land acquisition for stations. A likely reopening date of 2028 is suggested. 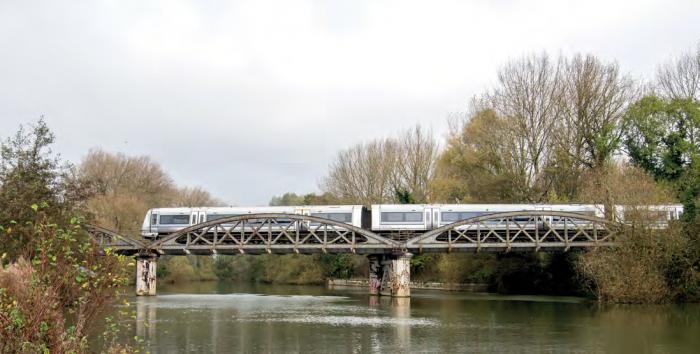 The branch would be reopened with stations at Oxford Business Park and Oxford Science Park. A doubling of linespeed to 50mph would enable a journey time to Oxford of 10 minutes. The proposed service would be an extension of Chiltern Railways’ half-hourly London to Oxford services but would require capacity enhancement on the main line between Oxford and Kennington Junction.

The report comes as part of wider findings of the first stage of the Oxfordshire Rail Corridor Study (ORCS). The study suggests extending East West Rail Phase Two services through Oxford to Didcot when EWR begins running in 2024, calling at Culham. This would restore the originally envisaged EWR service pattern, directly connecting Bicester with Didcot.

The study also found additional capacity is required on CrossCountry services by 2024 and more services by 2028, plus additional capacity on the local Oxford to Didcot corridor by the same year. Extra capacity will also be needed on Oxford to Marylebone services. There are proposals to enhance North Cotswold line services and extend EWR services beyond Oxfordshire to Bristol and Southampton, although the latter goes significantly beyond the current specification of EWR services.

As well as the two new stations on the Cowley branch, a new station at Grove/Wantage may be justified by 2028, while a station at Begbrooke is included in the 2033 scenario. The number of freight paths between Didcot and Oxford is predicted to rise from six in 2023 to seven a year later and to eight by 2043.

A study will commence in March to develop options for four-tracking from Oxford North Junction through Oxford to Didcot, including requirements for Oxford station and capacity analysis, and is expected to last around nine months. A study in the same timeframe will also examine the Didcot to Swindon section.