AZUMAS TO LINCOLN IN OCTOBER 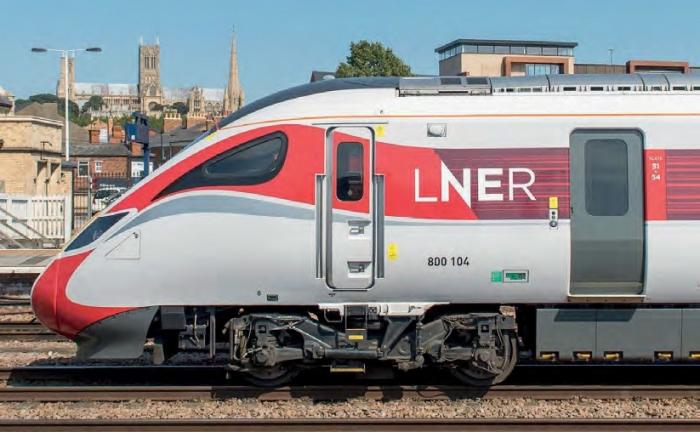 LNER WILL operate its first Azuma services between London King’s Cross and Lincoln from 21 October 2019.

The company will introduce four additional return weekday services from this date, operated by five-car Class 800/2 bi-mode units, running under electric power from London to Newark and then switching to diesel. Currently LNER is operating nine-car Class 800/1 bi-modes between London and Leeds/ Edinburgh, and on 16 September introduced its first Class 801/1 five-car electrics, operating in pairs between London and Leeds.

The existing service departing Lincoln at 07.30 and returning from London at 19.06 will initially continue to be operated by an HST but is planned to switch to an Azuma later this year.

LNER has 65 Azumas on order from Hitachi in both five-car and nine-car electric and bi-mode configurations, with the full fleet due to be delivered and in service by June 2020.