KEITH FENDER visits the Battersea extension of the Northern Line 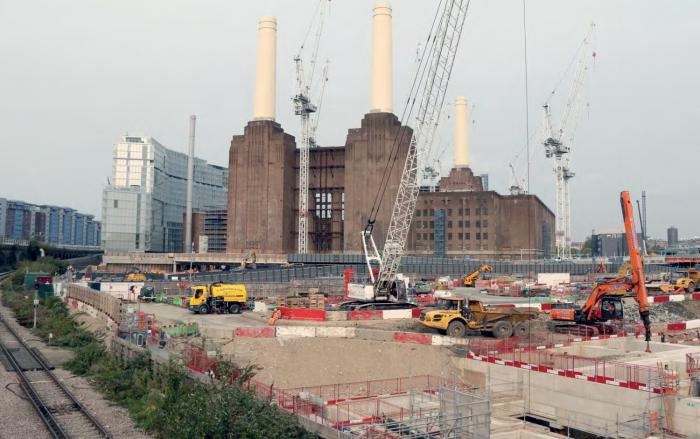 Iconic chimneys: the old power station looms over the development site on 16 October 2017. At right is the site of the new Northern Line station, at left the line from Stewarts Lane to Victoria. Keith Fender

Tunnelling on London Underground’s 3km Northern Line Extension (NLE) from Kennington to Battersea was completed on 8 November. The new twin bore tunnels are now being prepared for track laying, as construction of the line’s two new stations gets underway. Under construction since 2015, the NLE is due to open in late 2020 and Modern Railways visited just before the completion of the main tunnelling work.