BATTLE IN THE NORTH EAST 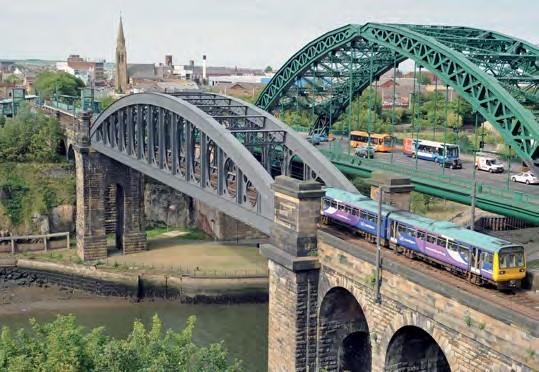 CONTENTION IS growing in North East England over the proposed routing of Northern’s new ‘Northern Connect’ service between Middlesbrough and Carlisle via Newcastle.

While it was initially assumed the service would run via the Durham Coast line and serve Sunderland and Hartlepool, it has now become clear Northern is also considering an alternative route from Middlesbrough via Norton-on-Tees South and West Junctions and then the currently freight-only Stillington line to Ferryhill on the East Coast main line, and then on through Durham to Newcastle, leaving the Durham Coast route towns with just the present hourly Northern service plus the Tyne & Wear Metro stopping service north from Sunderland.

Sunderland Cllr Michael Morley, who also sits on the North East Combined Authority Transport Committee, has condemned the proposal as ‘totally unacceptable’ and has asked Northern to reconsider. Both Sunderland and Hartlepool are significantly larger than the 85,000 population benchmark set by Northern for places served by the ‘Connect’ network, and Cllr Morley says the omission would lead them to ‘be significantly disadvantaged in terms of rail connectivity over similar-sized towns and cities in the north’. Mr Morley also highlighted concern over Northern’s plan to use refurbished Class 158 DMUs for the service, rather than its CAF EMUs and DMUs as on other ‘Connect’ routes.

However, Northern sources say the proposal is merely an alternative and that nothing is agreed. The Stillington route to the ECML is potentially quicker than the Durham Coast route, but the Norton-on-Tees to Ferryhill section would need upgrading for Northern to take full advantage in terms of speed. There is also the question of pathing such a service on the ECML north from Ferryhill, with Virgin Trains East Coast, TransPennine Express, CrossCountry and an open access operator all looking to run at 125mph and also seeking additional paths.

Apart from generally lower maximum linespeeds, the main problem with the coast route for any future Northern service is the need to share tracks with Tyne & Wear Metro trains for the nine miles from south of Sunderland to Pelaw Metro Junction. Metro trains call at all seven intermediate stations, and the resulting headway restriction is made worse by the unique ‘double block’ colour light signalling system required to ensure separation between heavy rail passenger or freight trains and the lighter, so deemed less crashworthy, Metro trains. Alan Williams