By Chris Stokes 27th February 2020
Between the Lines

The capacity of a rail corridor varies enormously, depending on a whole range of different factors from the signalling system and the rolling stock through to peoples’ behaviour, both staff and customers. 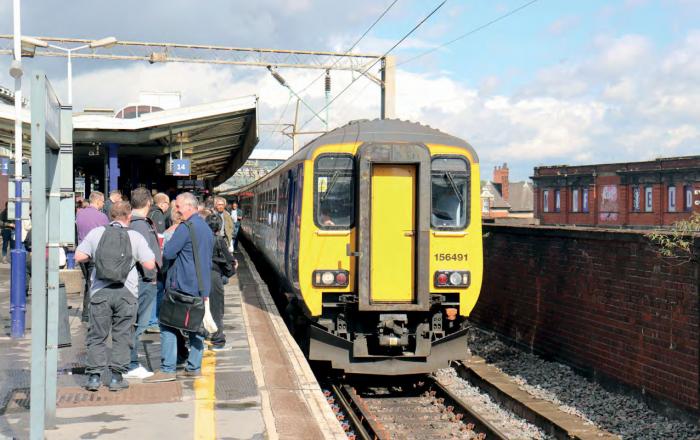 The Castlefield corridor: a Class 156 pulls alongside a crowded platform 14 at Manchester Piccadilly on 10 August 2018. Philip Sherratt

At one end of the spectrum, Britain has world class performance. The Victoria Line now operates at 36 trains per hour over a three-hour period in each peak, with a high degree of reliability. Trains slow from 40mph to a stand in their own length, dwell times are 40 seconds, and the rear of the train is moving at 35mph as it clears the platform. The terminus at Brixton has two platforms, approached by a scissors crossover, and the driver of the return working is waiting to take over at the north end of the platform when the train comes in – he or she has to be, because the platform has to be cleared and reoccupied in just over three minutes.