THE RAILWAY Industry Association has initiated a study of wiring costs with a view to restoring the Government’s faith in electrification following the heavy cost over-runs experienced in the Great Western route modernisation. David Clarke, RIA’s Technical Director, told the Modern Railways 4th Friday Club’s Rail in the North conference on 27 April that the aim is to cut costs to between a half and a third of Great Western levels. ‘What we’re aiming for is between £1 million and £1.5 million per single track kilometre’ Mr Clarke told Modern Railways. The 2012 Paisley Canal project in the Glasgow suburbs saw the 8km single-track branch from Corkerhill depot to Paisley Canal, with a passing loop between Mosspark and Crookston, electrified for £12 million. ‘Great Western showed it was not so much the cost of the kit: the problem was that the project was launched before all the design work was done, so it was being designed as it was being built and there was lots of redesign’ said Mr Clarke. ‘Foundations were being placed before the design work was finished, with the result that some were in the wrong place. Collectively, we launched the project too early.’ Mr Clarke said a lot of lessons were learnt on the Great Western project, adding that the Master Series overhead standard that Network Rail has settled on is ‘not a bad system’.

RIA is concerned that, just as the industry has learnt the lessons and become adept at electrification, the Government has cancelled projects going forward and as a consequence there is a danger that the experience will be lost again. ‘There is a push towards decarbonising – electrification has got to be part of the solution’ said Mr Clarke.

RIA aims to complete the report this summer. 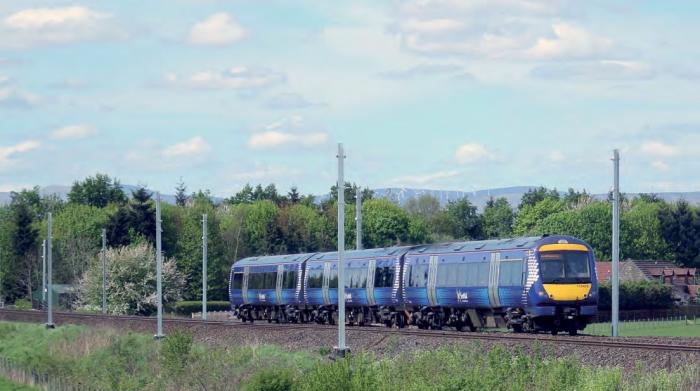 Electrification progress in Scotland: unit No 170410 is seen at Bannockburn on the outskirts of Stirling while working the 14.41 Alloa to Glasgow Queen Street service on 12 May 2018. Note the overhead line stanchions in place for electrification from Falkirk to Dunblane and Alloa. Stuart Fowler