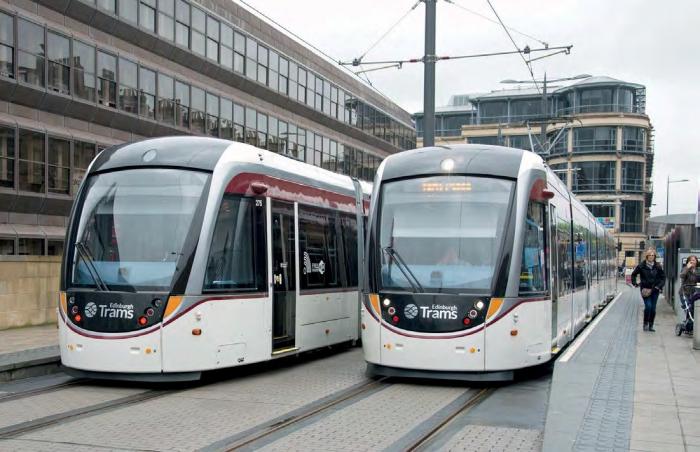 Sunshine on Leith, at last: here two Edinburgh Trams are seen on the existing line at Haymarket station on 5 June 2014. The line was originally intended to extend to Leith before the length of the initial section was cut back due to financial problems.
Tony Miles

CITY OF Edinburgh Council has shortlisted bidders to construct an extension of the Edinburgh Trams line to Newhaven.

From seven applications, four bidders pre-qualified to be invited to tender for the infrastructure and systems contract in mid-April. They are:

The contract will cover the design and construction of track, overhead lines, tram stops, systems infrastructure, road infrastructure and public realm between York Place and Newhaven. The council says following the tender period, likely to last until late summer 2018, it will update the final business case and will then seek a decision in late 2018 as to whether the extension should be built. If approved, the line to Newhaven is expected to become operational in 2022.

The council had considered a number of possible routes for an extension before selecting the 4.7km route from the existing York Place terminus to Leith and Newhaven, supporting developments in the Leith Waterfront area.