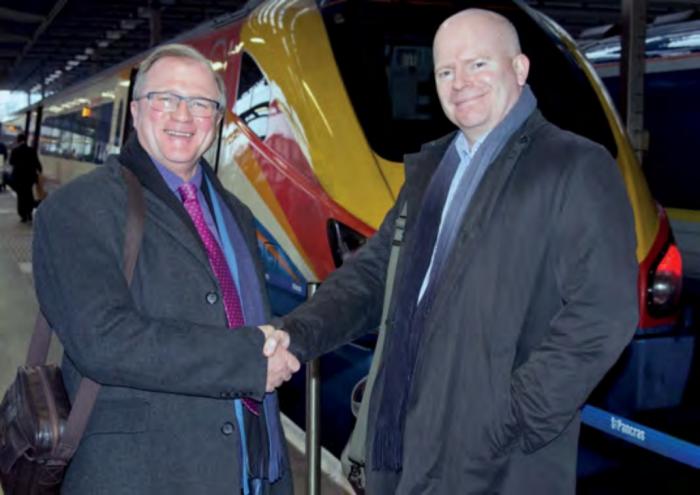 You’re on: here’s our columnist Ian Walmsley (left) wagering £1 (push the boat out lads, why don’t you) with former colleague Lee Doggett (right), Commercial Manager at his old manor Porterbrook. The subject of the bet? The Class 319 Flex (p17): Ian reckons it will never carry a fare-paying passenger. The bi-modes are supposed to be in service by spring 2018 (so ‘Informed Sources’ Third Law, ‘never trust a forecast based on a season’, has already been broken); we’ll be generous and set 1 July 2018 as the decision date on the bet. 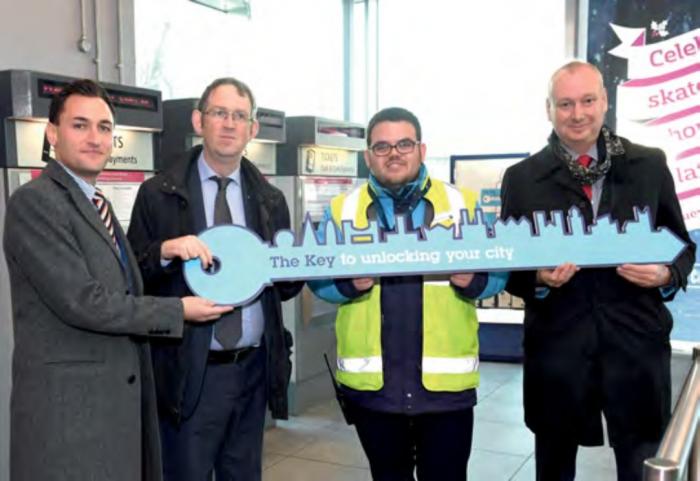 ‘Is this the key that GTR has been trying to hand back for the past few months?’ That was the winner in our office caption competition (‘Is this the Group Save ticket?’ came second). For the record the picture shows the launch of the new Key smart card for season tickets on Southeastern, with (left to right) Dan Morrison (Sevenoaks station manager), Paul Maynard (Rail Minister), Conor Brown (Team Leader, Sevenoaks) and David Statham (Southeastern Managing Director).