In his new book ‘Britain’s 100 Best Railway Stations’ SIMON JENKINS shines the spotlight on some of the gems of the rail network. We present some extracts from his selection 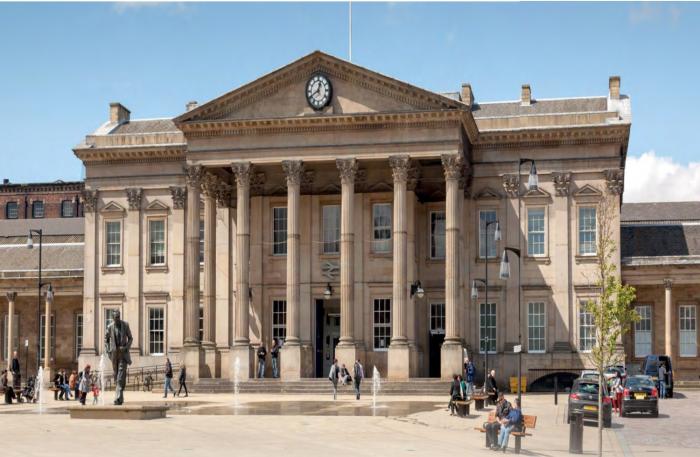 Nowhere is railway architecture so honoured as in Huddersfield. Pevsner ranked it ‘among the best’ of stations, and Betjeman declared it ‘the most splendid façade in England’. The main entrance presides over St George’s Square with a princely confidence, focus of what is a rare survivor of a north-country commercial town plan. The square and the streets round it are ghosts of former offices, banks and hotels in honey-coloured stone. Among the fountains stands a statue of Huddersfield’s son, Harold Wilson, looking as if anxious to catch a train. He replaced one of Sir Robert Peel.