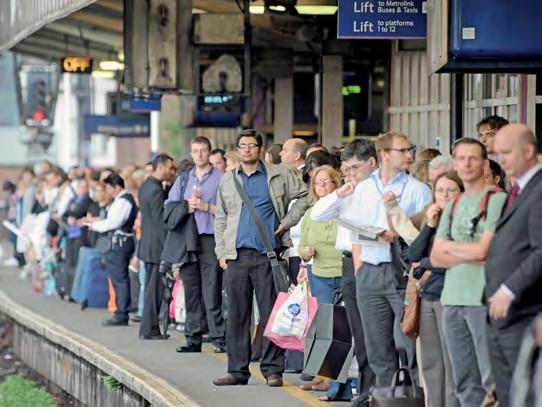 Crowded: passengers throng through platform 14 at Manchester Piccadilly on 23 June 2009. Provision of a second through island on the route to the Ordsall Chord has been thrown into doubt
Paul Bigland

Mayor Andy Burnham says the promise of full electrification for the trans-Pennine route has been ‘undermined in many ways… by confused talk of bi-modes’. Combined with a lack of clarity over how much of the line will be electrified, Mr Burnham says ‘we find ourselves in an unsatisfactory position and we have been asked to accept what is still essentially an unproven technology’.

He was responding to Transport Secretary Chris Grayling’s refusal to confirm if the route would be fully electrified. Speaking in Manchester on 22 September Mr Grayling said: ‘We have not taken any decisions about trans-Pennine yet because I haven’t seen the Network Rail recommendations. One of the questions I would just ask you is: if the trains can run seamlessly on diesel and electric do we actually need to close the Standedge Tunnel for weeks on end as we did with the Severn Tunnel in order to rebuild it and put electric cables through it, when the same trains can run through it at the same speed without us having to cause that disruption to passengers? Do we actually need to do that? Should we not at least ask the question about whether we need to do that? That is what I’m going to be doing.’

Speaking exclusively to Modern Railways, Mr Burnham also highlighted concern regarding capacity at Manchester Piccadilly station. The original plan was to build two additional through platforms (numbered 15 and 16) alongside the current numbers 13 and 14 and two tracks through to Deansgate to increase capacity, but this plan has also been cast into doubt, with Mr Grayling citing the use of digital signalling as a possible way of increasing capacity. ‘My experience, as a regular user of that platform going home to Newton-le-Willows, is that it can’t take much more’ said

Mr Burnham. ‘There are trains arriving one after the other and the platform is overburdened. It’s frustrating because some of the statements that have been made feel as though they take us back rather than forwards.’ Mr Burnham highlighted concern with both issues at ‘vague commitments that don’t add up to a clear guarantee for the travelling public’.

He added: ‘The anger has been real across the north, not just here in Manchester, on the other side of the Pennines as well. I think that at least we need clarity about where we’re going, and we’ll continue to keep the pressure up. We have to have a clear answer on trans-Pennine in the short to medium term.’

Mr Burnham also called for clarity on HS2 and how it will link into Northern Powerhouse Rail and said there had been ‘a positive discussion with Chris Grayling on the devolution of stations’. ‘I’m not just looking for a political fight, I just want us to get what we’re entitled to and I think we’ve waited long enough for’ he concluded. ‘I welcome it when they do the right thing but I’ll also call them out when I think they’re selling us short.’ Tony Miles 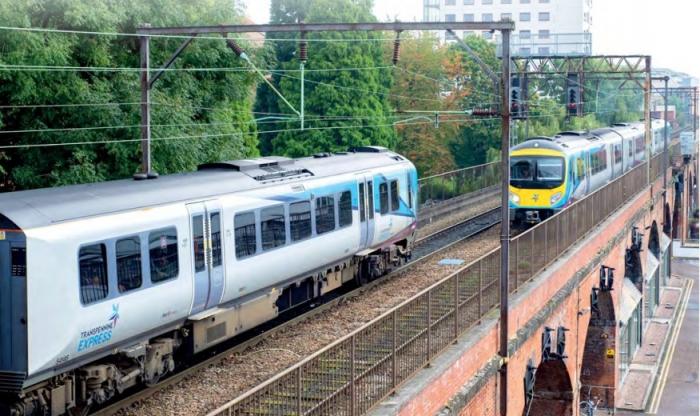 Through route: the two-track section between Manchester Piccadilly and Oxford Road stations on 25 September 2017
Russell Wykes