CAMBRIAN ETCS FAILURE TO BE INVESTIGATED 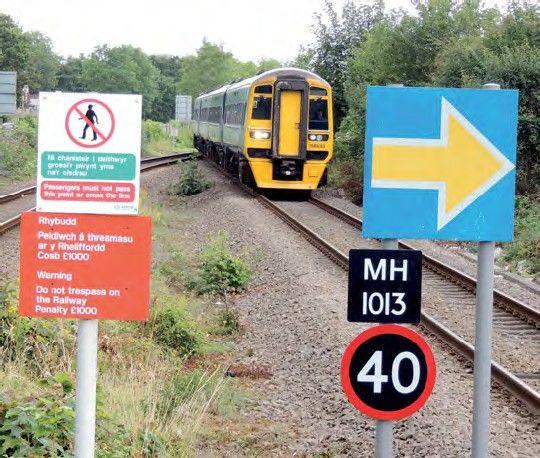 Warning signs aplenty: a pair of ATW Class 158s approaches Welshpool with a service for the Cambrian coast on 29 July 2017. Steve Hobson

THE RAIL Accident Investigation Branch is to investigate a signalling fault with the European Rail Traffic Management System (ERTMS) equipment on the Cambrian line.

On the morning of 20 October 2017, a driver on the Cambrian Coast line reported long-standing temporary speed restrictions were not indicated on the in-cab display. Signalling staff at the Machynlleth control centre subsequently became aware the failure applied to several trains under their control. The speed restrictions applied on the approach to level crossings to ensure people crossing the line had sufficient warning of an approaching train. Subsequent investigation found the signalling system stopped transmitting temporary speed restriction data after a routine shutdown the previous evening.

The signallers had no indication of an abnormal condition and signalling control centre displays showed the restrictions as being applied correctly.

RAIB has decided to undertake an independent investigation because the supplier of the ERTMS equipment, Ansaldo (now part of Hitachi), has not identified the cause of the failure. It will consider the extent of the failure and its effect on the safety of railway operations, why trains were permitted to operate without information about temporary speed restrictions, and practices for the gathering of data needed for investigation before restarting computer-based signalling systems after a potentially unsafe failure.

The Cambrian lines were equipped with ERTMS in 2011, intended as a pilot for cab-based signalling within the UK.