CHASE LINE SERVICE TO BE SPLIT NEXT MAY 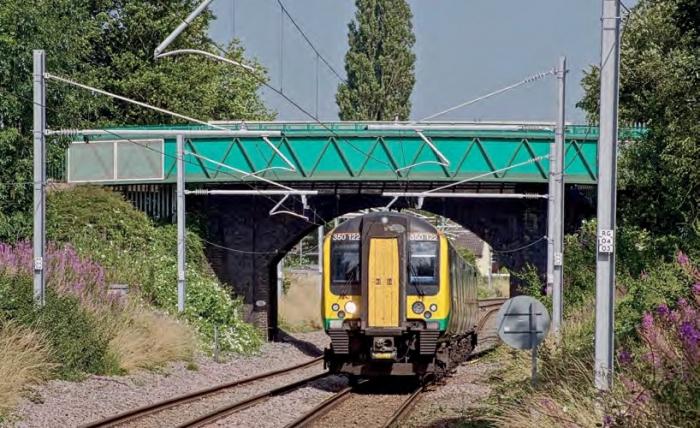 The Chase line: unit No 350133 at Bloxwich on 25 July 2019 with a Rugeley Trent Valley to Northampton service. Birmingham International is the furthest south these services will work in the May 2020 timetable.
John Whitehouse

WEST MIDLANDS Trains is to end the practice of running through trains from Rugeley to London Euston after poor performance on its Chase line service since the service was introduced in May (p70, last month). From that point WMT intends to run services from Rugeley Trent Valley to Birmingham New Street and Birmingham International alternately, maintaining the half-hourly frequency on the Chase line. The through services were introduced following electrification of the route north of Walsall, but the recent poor performance has led to local stakeholders and politicians describing the £200 million upgrade as ‘a waste of money’.

‘We tried something innovative, it was bold, unfortunately it hasn’t worked’ WMT Head of Corporate Affairs Francis Thomas told Modern Railways. ‘We have imported risk from the West Coast main line onto the Chase line and that’s not sustainable. We faced a two-part challenge, firstly from how busy the WCML is and secondly train regulation through the Coventry corridor. It’s been made more acute by the operation of these long-distance services, particularly when you’ve only got a short turnround at Rugeley Trent Valley after running via Walsall.’

With turnround times as short as five minutes at Rugeley Trent Valley, services were regularly being terminated short. Mr Thomas added ‘The task force we set up met regularly to look at all the issues including train dispatch, bicycles (which turned out not to be a problem), and coupling and uncoupling, which it noted has got better. We have given more staff more whistles and encouraged them to use them, and as a result of all this work performance has improved. But for passengers being turned back at Hednesford it’s a 100% problem.’

With long lead times in timetable planning WMT has stated that the earliest it can recast the timetable will be May 2020. A through Walsall to London service will continue, meeting franchise requirements; running direct services to Euston from Rugeley was in excess of the specification. ‘That will take the coupling and uncoupling of sets at New Street out as well’ said Mr Thomas. ‘The Euston to Liverpool trains will continue to run through as they are doing at the moment.’

Mr Thomas explained that the route between Birmingham New Street and Walsall, either as a stopping service via Aston or a fast service via Soho, is still being examined.

Running via Aston would require a reversal at New Street and this will be taken into account during the planning and the normal industry testing processes. Mr Thomas also confirmed that dwell times at New Street are being examined to assess whether lengthening these would give the service more resilience, although he concluded ‘The original plan for May 2019 was to de-congest New Street and we have to be careful not to reimport that. We’re looking at a number of issues and asking “how do we de-risk the long-distance running?”.’

Mr Thomas said that the 10 Class 350/4 sets which are due to transfer from TransPennine Express as soon as that company’s new Class 397s enter service ‘will be useful’, adding ‘If we can have three units in service for December it will enable diesel sets that are still providing cover on the Chase line to be switched onto the Hereford route, where we need more capacity.’