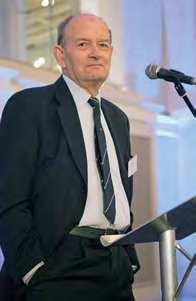 Just as George Orwell’s Animal Farm symbolises the creation of the Soviet Union, so I am coming round to the theory that the film The Wizard of Oz has parallels with the Williams-Shapps Plan (W-SP) and the creation of Great British Railways (GBR). The monochrome opening of the film, as a tornado approaches the Kansas farmstead, clearly echoes the period after the 2018 timetable change fiasco and the start of the pandemic.

Publication of the W-SP is the moment the film turns to technicolor: the wicked witch (the 1996 franchised structure) is dead and the Department for Transport munchkins sing and dance. However, this is only the start of Dorothy’s (the railway) long journey to the Emerald City, where the Wizard of Oz (Keith Williams?) will enable her to return to a prelapsarian vertically integrated network.