The ive stages of grief

Confronted with the Class 800 Electro Magnetic Compatibility (EMC) issues, analysed last month, Hitachi seems to have come through the ive stages of grief quite quickly. First, there was denial that there is a problem, followed by anger (why is this being reported?). Then came a long period of bargaining – it’s not our train’s fault, which is compliant with the Technical Standard for Interoperability, it’s the Network Rail infrastructure.

Not sure about depression, but with unambiguous measurements it must have been clear that the solution would be expensive, both inancially and reputationally. Anyway, now we have the inal stage – acceptance.

Network Rail has insisted that to obtain Type Acceptance the EM emission levels have to be halved. That will still be signiicantly higher than the other new leets entering service, but is tolerable.

But the ix won’t be cheap, quick or even easy. According to informed sources, the solution is to add the reactance that is missing from the Class 800 transformers. As explained last month, this will involve itting chokes (coils of copper wire on an iron core) between the transformer and the traction converter under the Driving Pantograph Transformer cars.

This raises a number of issues. Assuming space can be found in the underframe area, and that strong enough mounting points are available, the next question is weight. I would expect a choke to weigh between one and two tonnes.

Heaviest of the Class 800 vehicles is the Driving Pantograph Transformer car incorporating the kitchen. This vehicle already weighs 52.8 tonnes, so adding a choke could push the weight up to around 54 tonnes.

Meanwhile, although the much more powerful Pendolino did not expose the known weakness to EM interference in the Solid State Interlocking (SSI) Data Link Module (October column) during trial running on the East Coast main line, the Azuma certainly does. As a result, Network Rail has ordered 270 Isolating Surge Protection Units (ISPU).

This is a replacement for the existing SSI unit that protects against lightning strikes. These should be ready for fitting to start in January. 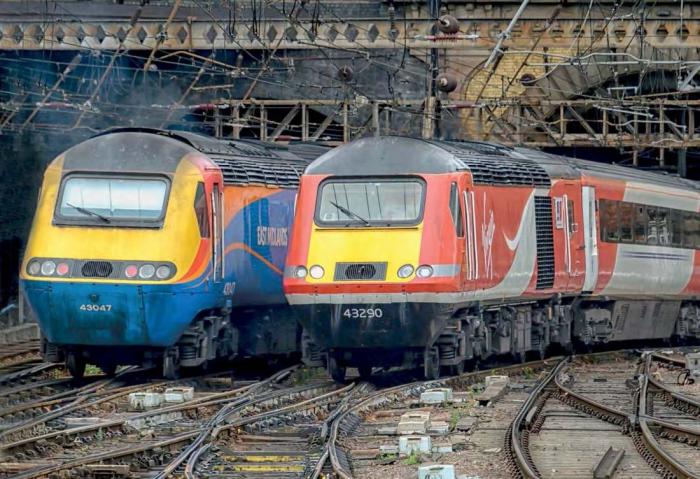