LOCAL RESIDENTS have raised concern that the opening of a new station at Worcestershire Parkway may result in a reduced number of calls or even closure for neighbouring stations.

Worcestershire County Council is promoting the Parkway scheme, and has awarded Buckingham Group the contract to build the station, which is now due to open in winter 2018/19; the original target opening date was May 2017. However, locals point to concern about capacity on the Cotswold line, which is only single-track between Norton Junction and Evesham, including through the Parkway station site. The need to add an extra call at the new station is likely to add three minutes to existing schedules, with fears that calls at Pershore or Worcester Shrub Hill may be sacrificed to allow the new station to be served.

Responding to the County Council’s consultation on the proposed station, Great Western Railway said it is ‘important’ that Worcestershire Parkway includes a second operational platform on the Cotswold line from opening, which would mitigate performance and timetabling challenges. GWR’s enhanced timetable, planned for introduction in December 2018, proposes cutting 20 minutes from journey times between Worcester and London following the introduction of new Inter-city Express trains on the Cotswold line.

Network Rail called on the Council to make a commitment to funding a second platform, should it be required, as it sought to confirm deliverability of the station. Responding, the Council said that responsibility for any redoubling scheme sits with the Department for Transport and NR, and that such investment would require ‘its own well-developed and justified Business Case in economic, financial and environmental terms’. The Council added that Worcestershire Parkway is ‘specifically designed to be deliverable on the existing single-line infrastructure, whilst making passive provision in that design for track doubling and a second platform’.

Concern has also been raised about the viability of calls by CrossCountry services on the Birmingham to Bristol route. The consultation document suggested that calls by Nottingham-Cardiff services would be viable but that further work was being undertaken to examine this proposal. 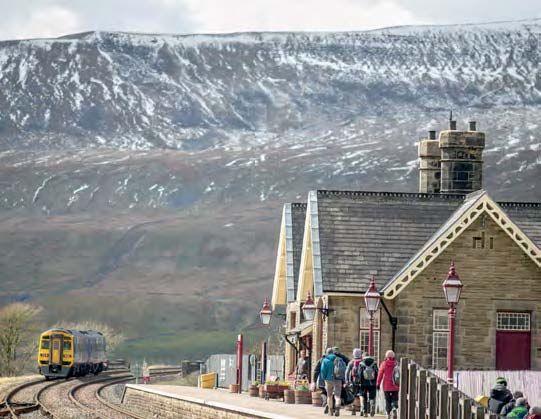