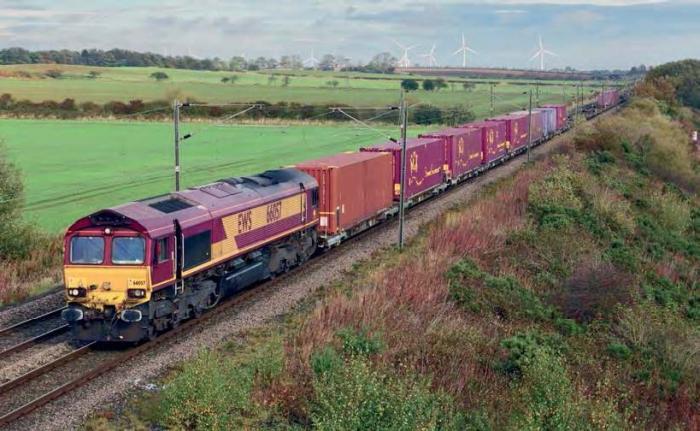 Southbound box working: this is DB Cargo’s No 66057 on the East Coast main line at Crowden Hill, north of Morpeth, with 4E98, the 06.11 intermodal from Mossend to Tees Dock Export Berth. Just out of shot to the right, a disused line leads to the old Butterwell and Potland Burn opencast mines, Ashington, which could be used again in the future if a planned mine at Druridge gets approval.
Bill Welsh