GIVEN THAT railways were invented to carry coal, it is a seminal moment when movement of the ‘black diamonds’ falls to barely 10 trains a day, as it did in Quarter 2 (July to September 2019). Statistically, coal registered only 0.08 billion tonne kilometres, the lowest of all commodities – lower even than Channel Tunnel services – and only 1.8% of all freight moved. At 1.4 million tonnes, it doesn’t sound quite so bad in terms of tonnes lifted, but is still the smallest tonnage ever recorded. 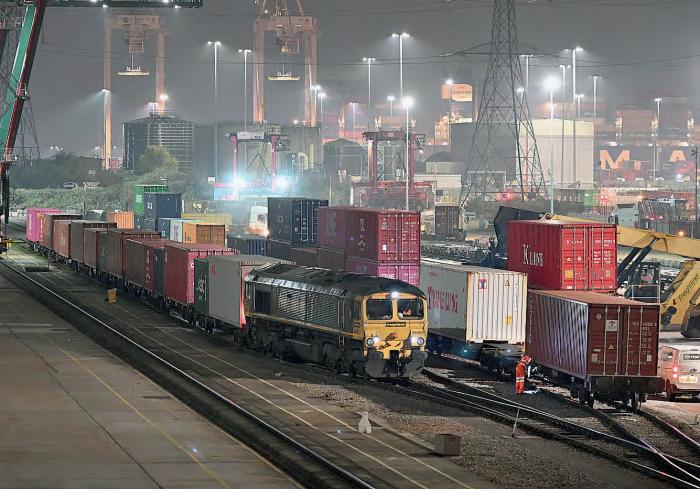 With the number of active coal-fired power stations now down to two (Ratcliffe and West Burton) and, even then, only generating to meet peak demand, these figures come as no surprise. Indeed, given the level of stocks and the steep glide path to zero coal generation, we may well have seen our last train of electricity coal. We are already at the point where there are more biomass trains a day to Drax and Lynemouth than the total number of coal trains.

Somewhat ironically, the traditionally much smaller industrial coal sector is holding up rather better and the few remaining coal trains serve steelworks at Scunthorpe and Port Talbot, Hope cement works and one or two small users. So long as the two major steel plants remain open – by no means a certainty, at least as far as the ‘heavy end’ (coke ovens and blast furnaces) are concerned – this level of tonnage should hold up and may even increase slightly when the new West Cumbrian coking coal mine comes on stream in a few years’ time.

With the gloom surrounding coal, it is then little short of remarkable that during the quarter rail freight overall was only 2.7% down on the previous year. The explanation for this is that non-coal freight had its best quarter on record, registering 4.17 billion tonne kilometres, driven by a best ever quarter for domestic intermodal and by construction equalling its best ever quarter, recorded in Q1 (April to June). These two commodities together make up over two-thirds of all rail freight, with intermodal alone accounting for over 40%. Rail freight’s core strength is moving bulk materials, yet approaching half its volume (taking intermodal and automotive together) now comes from consumer goods.

There is little doubt that, but for Brexit-driven uncertainty, these numbers would have been higher still, particularly in construction. With many construction projects on hold due to the political situation, the movement of aggregates and cement was well below what the construction industry