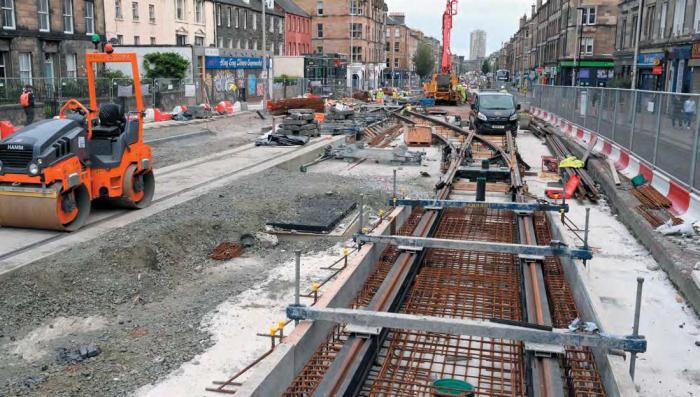 Track laying in progress: a recent view of work between Balfour Street and Dalmeny Street.
COURTESY CITY OF EDINBURGH COUNCIL

The original Edinburgh Trams project has a troubled history.

Cost overruns and delivery challenges meant the full route was not delivered, with the 14km section from the Airport to York Place opening in 2014.

A lessons learned inquiry, set up by the Scottish Government and led by Lord Hardie, was initiated and began in October 2015, but is yet to report its findings. Unperturbed, in March 2019 councillors in Edinburgh approved plans for a 4.6km extension from York Place to Newhaven, completing the original route; the council already had powers to complete the line under the original Act.

While the findings of Lord Hardie’s inquiry are still awaited, lessons from the original scheme are being incorporated in the structure of the current project.