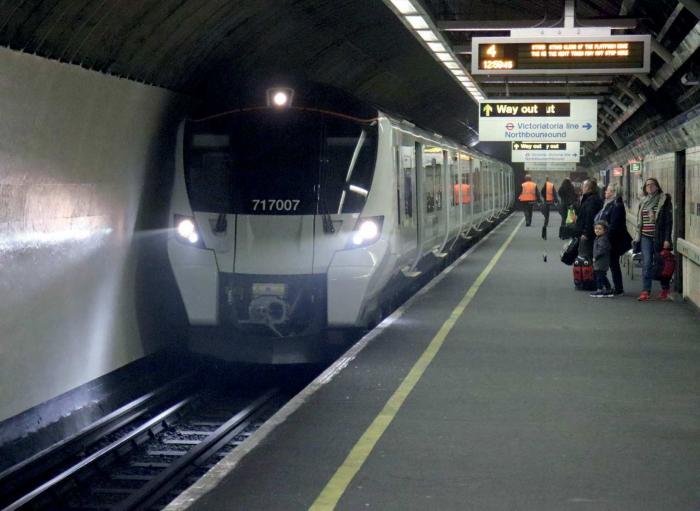 ETCS coming soon: Great Northern’s No 717007 at Highbury & Islington on the Northern City line with a test working on 31 October 2018.
Philip Sherratt

The East Coast Digital Programme (ECDP) is about more than just introducing new signalling on one of the UK’s busiest main lines. Toufic Machnouk, Network Rail’s Programme Director for ECDP, says it is a change programme, aiming to make the transition from conventional signalling to European Train Control System (ETCS) a business-as-usual activity, such that ETCS can be rolled out more widely, easily and cheaply across the network.

Mr Machnouk says the aim with ECDP is to take a new approach to signalling renewal, engaging all partners at an early stage and placing the transition to ETCS at the heart of the way the railway is run. This means bringing together train operators (passenger, freight and others) and the Network Rail Route to formulate detailed operational plans to ensure a smooth migration. The East Coast main line was chosen as an early adopter of ETCS because signalling renewals fall due just after the arrival of largely new train fleets which were delivered ETCS-ready. A plan has been formulated in five tranches, starting with the switch to ETCS operation on the Northern City line between Finsbury Park and Moorgate.