ALSTOM AND Eurostar have donated a refurbished Class 373 power car to the Doncaster campus of the National College for High Speed Rail, which reached the site on 8 August.

The power car has been refurbished by Alstom and carries a new livery to incorporate the college’s branding. The college will be based across two sites (with the second in Birmingham) and will look to educate people with the skills to design and build HS2 and other infrastructure projects; it is due to open in September. The power car will be used as part of the college’s education programme, allowing learners to get to grips with a range of engineering specialisms from rolling stock to track systems and power. Clair Mowbray, chief executive of the college, says it will be used as a classroom and will also incorporate a virtual reality setup.

The power car arrived in Doncaster on the back of a low-loader truck and was winched into place on a 700-metre length of track donated to the college by British Steel.

Another power car was donated to the Birmingham campus, arriving there on 17 August. 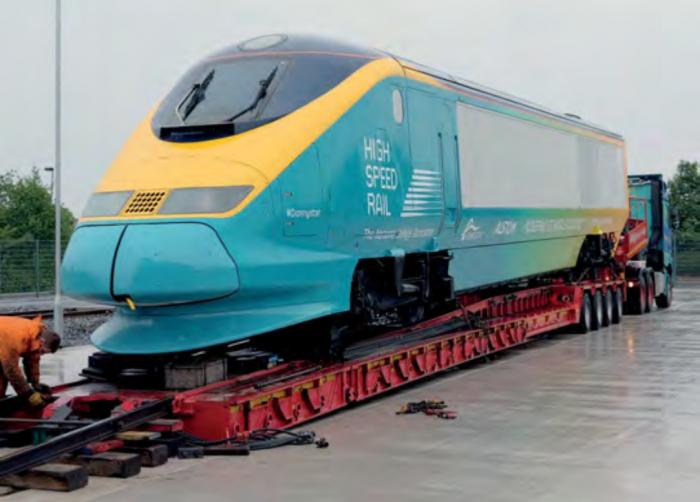 Object for study: the repainted Eurostar power car is delivered to the Doncaster campus.