WORKHORSE BOWS OUT ON 18 MAY 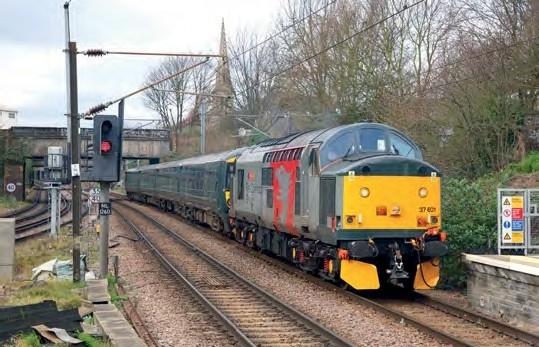 GREAT WESTERN Railway’s fleet of conventional-length InterCity 125 diesel High Speed Trains will have their last day in service on 18 May 2019, being replaced by a fleet of Hitachi-built Intercity Express Train (IET) bi-modes. The iconic trains with their trademark wedge-shaped front ends revolutionised services on their introduction in October 1976, allowing Britain to become one of only three members of what high-speed expert Murray Hughes dubbed ‘the 200 club’. In the club were railways running service trains at 125mph (200km/h) – the other members being Japan and France.

The last service train will be the 18.30 off Paddington on 18 May, normally a Taunton terminator but which will be extended to Exeter St David’s on the final day. An IET will run ahead of the train at 18.27 to pick up passengers uninterested in the remarkable nature of the 18.30. A celebratory railtour covering much of the Great Western system will operate with a ‘125’ on 1 June.

After 18 May, Great Western will operate 11 short-form 2+4 ‘Castle’ HSTs in the West Country. LNER, East Midlands Trains and CrossCountry continue to operate full-length HSTs, while ScotRail is introducing a fleet of short-form ‘125s’. In early April, GWR had three refurbished Castles operating, with power doors and retention toilets. Wabtec still has to finish work on the remaining trains.

The Castles are complementing DMUs on medium-distance runs, with one of their principal tasks being to help provide this May’s half-hourly service on the Cornish main line. Their retention has become necessary as cutbacks to the original Great Western main line electrification programme, with the Oxford spur and Thames Valley branches taken out of the project, require a larger diesel fleet than originally anticipated.

Some Turbos are currently being retained in the Thames Valley to cover for Class 387s away at Ilford for fitment of European Train Control System equipment prior to being drafted to Heathrow Express duties in December, replacing Class 332s.

GWR will face an operating challenge with the Heathrow Express, as delays in Crossrail opening mean Transport for London will require space in the main trainshed at Paddington for longer than anticipated for its inner-suburban services.

Remodelling of the north side of the layout at Paddington in recent years has seen platforms 12 and 13 combined to make a single long platform, while platform 14 can accommodate only an eight-car Class 387 – of limited use in the peaks in the December timetable, when 12-car ‘387s’ become the norm. Some slick operating will be required to accommodate all this, with GWR planning to invert the Express timetable in December and have the layovers at the airport end rather than the London end of the shuttle.

As GWR builds up to introduction of its full IET timetable at the end of the year, the make-up of the fleet continues to evolve.

The last of the Class 802s being built for West of England services by Hitachi at Pistoia in Italy was delivered before 12 April 2019, in order to forestall any customs problems should this turn out to be Brexit day. GWR lost its allocation of Class 153 single-car units in April, when the final five in the fleet transferred to Transport for Wales. 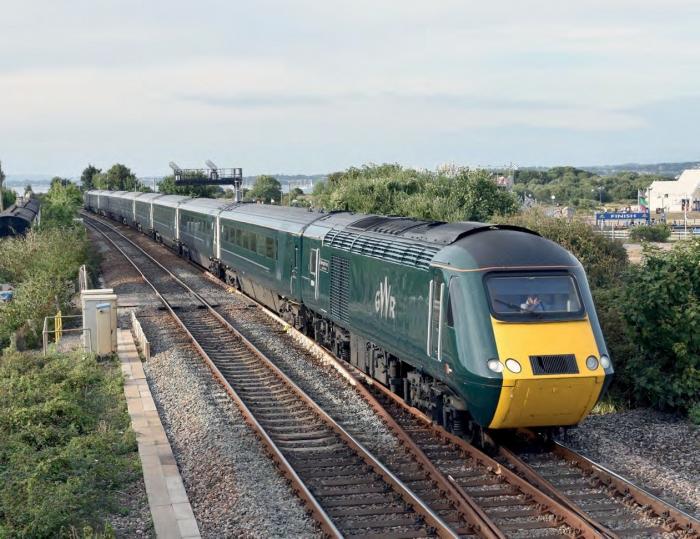