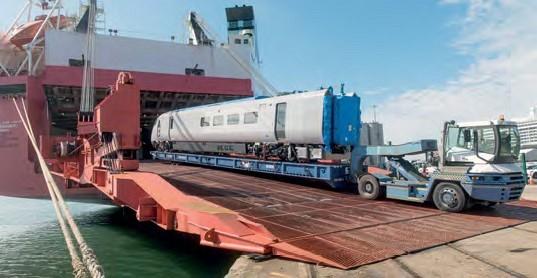 Fresh from Japan: five-car Nova 1 unit No 802201 is unloaded at the Port of Southampton on 11 June 2018 following its two-month journey from Japan. Courtesy Hitachi

THE FIRST TransPennine Express ‘Nova 3’ set of Mk 5A carriages was delivered to Manchester International Depot on 25 May after being hauled north from Portbury Dock by Rail Operations Group locomotives Nos 37611/37884. The consist also included four Mk 1 barrier coaches and locomotive No 47812.