NORTH EAST Transport Authority Nexus has announced a shortlist of five bidders in the competition to design, build and maintain a new Tyne and Wear Metro fleet.

Bombardier, CAF, Hitachi and Stadler have been shortlisted alongside a joint venture between Australian firm Downer and Chinese company CRRC, under the name Downer EDI Rail Pty Ltd. Nexus intends to name its preferred bidder by the end of 2019, with the first train delivered two years after that. It is understood Czech manufacturer Škoda also expressed an interest in the competition but did not make the shortlist. 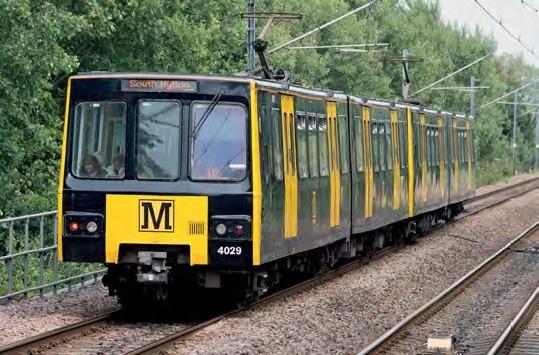 Soldiering on: a pair of Tyne & Wear Metro sets led by car No 4073 head out of Fellgate en route to South Hylton on 1 August 2018.
Tony Miles

The Government has provided a £337 million grant towards the new fleet, with the balance of the projected £362 million cost to be met from Nexus’s own resources. Together with ongoing maintenance of the new fleet over a 35-year term, Nexus says the total contract value is around £500 million. The contract also includes construction of a new depot at the existing South Gosforth site, and will see the successful bidder take over maintenance of the existing fleet during the period while the new trains are introduced.

Nexus expects to order 42x2-car trains to replace the current fleet, which dates from the system’s opening.