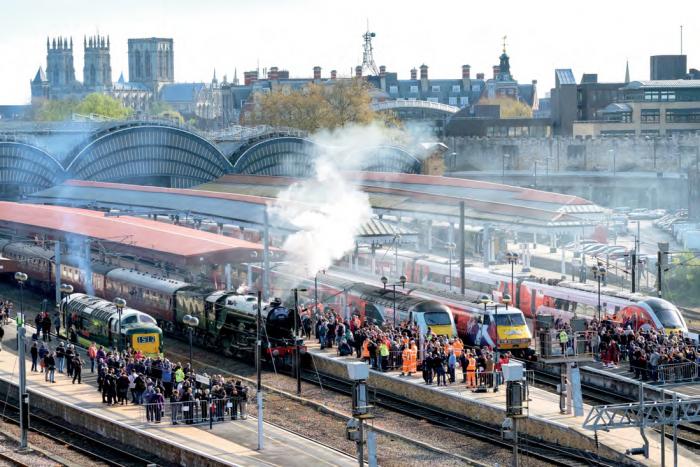 Deltic finds its way into the picture: KOYLI was present (left) when the historic quad lined up in the shadow of York Minster. The photo was taken with the assistance of Network Rail from the top of the York Rail Operating Centre. Russell Wykes

THE PAST, present and future of East Coast main line (ECML) traction was displayed in a special event held on Sunday 23 April 2017.

Steam locomotive No 60103 Flying Scotsman, restored by the National Railway Museum, ran alongside a Virgin Trains East Coast HST and InterCity 225 and a new Hitachi-built Azuma (Class 800), which VTEC will introduce into passenger service from 2018.

The four trains ran side-by-side up the ECML from Tollerton to York, a move made possible by engineering works at Thirsk that closed that stretch of the ECML to normal traffic. Class 55 Deltic D9002 King’s Own Yorkshire Light Infantry hauled Flying Scotsman’s train into position and then moved south to York so that all five forms of motive power were alongside each other at the station. 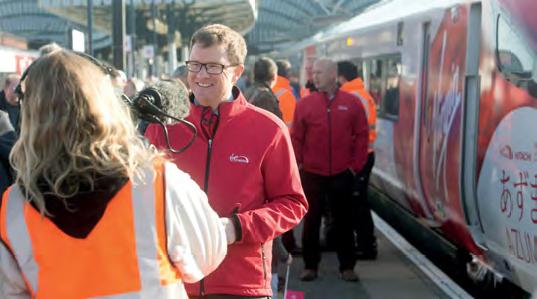 The event was organised by VTEC, the NRM, Network Rail, Welcome to Yorkshire and Hitachi Rail Europe. Hundreds of spectators gathered at York station and at the lineside to witness the event. 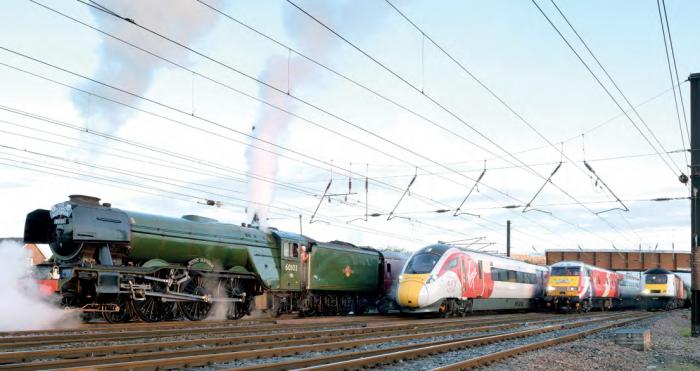