How much longer can the music keep playing? 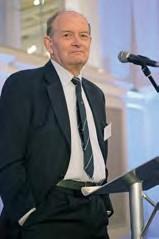 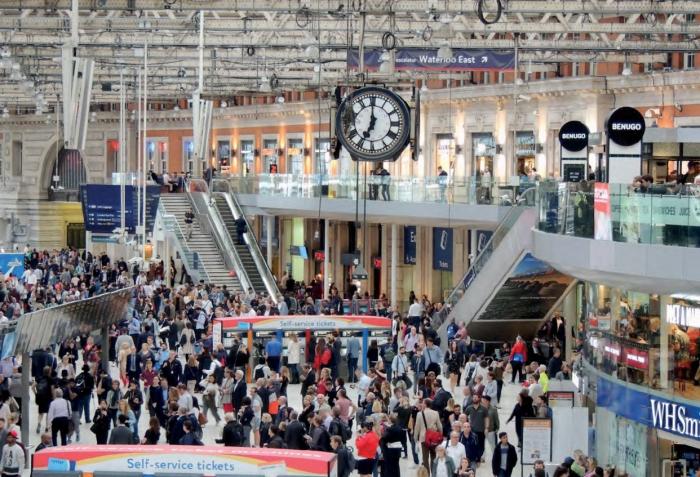 The clock strikes the hour: the concourse at Waterloo on 26 July 2017. Steve Hobson

Back in April 2018, ‘Informed Sources’ introduced the concept of the zombie franchise – train operating companies that, while in business, were losing, or were expected to lose, their owning groups money. Apart from funding current bottom-line losses, the owners were making provision for future losses on these ‘onerous contracts’.

A point to note about Onerous Contract Provisions (OCP) is that they represent the franchise owner’s view of a franchise’s prospects at a moment in time. This estimate may prove over pessimistic, in which case, the provision may not have to be drawn down.

Their owning group’s commitment takes the form of guaranteed Parent Company Support (PCS) plus performance and season ticket bonds. As we saw with the two failed Inter-city East Coast franchises, the owning groups met their financial commitments until the money ran out and then the franchise went bust.

In normal circumstances the PCS also represents a loan facility, there to cover a peak in franchise expenditure or temporary shortfall in income. In such cases the intention will be to pay back the PCS loan with interest. Greater Anglia has drawn down around £80 million of its £272 million PCS, but this will be paid back in stages by 2024.

Meanwhile the real-life stress test of the franchising system continues. A year before the 2008 economic crash, referring to emerging concerns about the financial markets in the USA, the chief executive of a major American bank told The Financial Times ‘As long as the music is playing, you’ve got to get up and dance. We’re still dancing’.

At the Department for Transport, the view seems to be that so long as MC Wilko keeps spinning the platters, would-be train operators will still want to lash out £10 million a throw on bidding costs for a chance to lose money and reputation in the dance off. To judge by ministerial comments, they don’t seem to have noticed, as Rail Review Chair Keith Williams spotted almost at once, that the ballroom has turned into a mosh pit.

Indeed, an owning group that isn’t challenging the DfT over some aspect of franchising is becoming a rarity. Stagecoach, Virgin and Arriva have gone to court over one or more of the South Eastern, East Midlands and West Coast Partnership franchise bids. Abellio has now been joined by FirstGroup/MTR in challenging the mechanisms in recent franchise agreements aimed at protecting train operators and DfT against exogenous macroeconomic perturbations.

Of course, we have been living with the walking dead for some time. The fear now is that one or more of the zombie franchises might fall over by Christmas.

This had been extended to 22 June, which should have been long enough to let the replacement franchise but clearly was not.

Early in June, with time running out, Whitehall was debating what to do next. It could agree a further Direct Award with Govia and see whether yet another iteration of bidding might find an offer acceptable to the Treasury, or cut its losses and add SE Trains to the Operator of Last Resort portfolio pending a new competition when the Williams White Paper has been published. On 22 May, the company title ‘DFT OLR2 Ltd’ was changed to ‘SE Trains Ltd’, suggesting the latter course of action was a possibility.

Blind optimism and short-termism predictably won the day. On 13 June, hiding behind its own press announcement on innovation funding, DfT let Go-Ahead do its dirty work and announce a new Direct Award.

According to the Go-Ahead press release, ‘Southeastern will continue to operate services until 10 November 2019, with an option to extend to 1 April 2020, allowing the Government more time to review and award a winner for the next South Eastern franchise’. Since it has proved impossible to get any of the shortlisted bidders to dance with the South Eastern replacement franchise on terms acceptable to government, and with Williams compounding the uncertainty, you have to wonder what form this further ‘review’ will take.

With the new-look post-2013 franchising regime it was acknowledged that expecting bidders to take a bet on the future state of the economy was unreasonable. As a result, franchise agreements now include protection against changes in Gross Domestic Product (GDP). If the economy grows, people are better off and there is more business travel so a TOC will make more money through no effort of its own. Similarly, if there is a recession revenue will fall.

To compensate for this, DfT gives bidders a Treasury growth forecast on which to base their bids. If the economy does better, then the TOC shares the windfall gains with DfT.

If growth is less than the forecast, then DfT shares the financial pain.

London & the South East commuter ridership has, historically, also been linked to employment in the City. To allow for this, the franchise agreements for London commuter TOCs include additional, similar protection to compensate for changes in Central London Employment (CLE). In the case of SWR this applies to employment in the London Boroughs of Camden, City of London, Islington, Kensington & Chelsea, Lambeth, Tower Hamlets, Southwark and Westminster.

How the CLE protection is calculated can be found in the SWR franchise agreement starting on page 558. However, I don’t recommend trying to understand it. All we need to know is that in today’s economic and digital climate, the formulae are generating the reverse effect to that intended.

As a result, the calculated revenue share payments to DfT are not covered by the real-world revenue in the farebox. I’m sure consultants are running models 24/7 to try to show why the formulae in the franchise agreements are wrong. I suspect that DfT’s counter view is ‘You signed up to this, buster, there’s no going back, hand over the money’.

I have some sympathy for those in this ‘CLE trap’, because employment patterns are changing. In particular, modern communications mean that more people are working from home. The following example is not based on the CLE formula, but is my attempt at rationalising how the trap could work.

But if 1,000 people are now working from home two days a week, then the commuting journeys still total 40,000 while the CLE algorithm assumes a 10% increase in revenue which the TOC hasn’t got, but has to share with DfT out of its profits.

Similarly, if the company downsizes by 10% and the same number of people work from home, then the actual fall in revenue will be greater than the predicted value on which revenue support is based.

Either way, the TOC would lose out. As FirstGroup Chief Executive Matthew Gregory summarised the situation, ‘Some of the protection mechanisms haven’t worked as we had expected them to, or believe they should have worked.

We don’t see that working properly’.

However, at SWR, the CLE trap is probably the least of FirstGroup’s concerns. As we know, Stagecoach saw that the timetable in the South Western franchise Invitation to Tender was unworkable, not least because of the power supply constraints analysed in depth in past columns. As a result Stagecoach qualified this section of its bid, disqualifying itself from the competition.

First/MTR signed up to DfT’s impossible dream and now we learn from the FirstGroup preliminary results for 2018-19 that the Group is ‘engaged in negotiations with DfT to work through potential commercial and contractual amendments to reflect timetable deferrals and other issues, in accordance with current franchise agreements’. While ‘progress has been made, there is a range of potential outcomes at present’. This is recognised in the £145.9 million Onerous Contract Provision.

That said, First Rail made a ‘particularly strong’ profit contribution to the Group in 2018-19, although this is expected to moderate to ‘more normal levels’. Given the disruption at Waterloo during the year, a major contribution to this financial out-performance is likely to have been higher than normal Schedule 8 compensation from Network Rail.

This raises two issues. First, will this high level of payments continue for the current year? But more importantly Schedule 8 is a one-off payment, whereas the loss of revenue has a compound effect, since you start the following year with deferred growth and a lower revenue base.

Now Abellio and FirstGroup might get some sympathy from DfT on the unintended consequences from CLE. But if DfT gives First/MTR any leeway on timetable deferrals, I could see Stagecoach, which has nothing to lose, adding to its list of legal claims against the Department.

Separately, FirstGroup, under fire from an American activist shareholder, has announced a major rationalisation of its bus businesses in the United States and the UK. As for First Rail, the group will continue to operate existing franchises ‘in accordance with their terms’. It sounds as though the dancing shoes could go back in the cupboard if the FirstGroup consortium does not win the West Coast Partnership.

Before it launched its legal action over disqualification from the East Midlands franchise competition, Arriva was already reported to be seeking to renegotiate the terms of its Northern franchise agreement.

It could certainly claim force majeure over the failure of Network Rail to deliver the infrastructure required for the May 2018 timetable and the subsequent collapse of services. More recent delays to the introduction of new trains will have only exacerbated matters.

Up to the third year of the replacement Northern franchise (2018-19) subsidy was essentially flat, covering the period while the infrastructure was upgraded and new services with new trains were introduced. This year (2019-20) is when this investment is supposed to start paying off, with subsidy reducing by 15% (£49 million). A further cut of £44 million is required in 2020-21.

These are substantial reductions: subsidy in the first year (2016-17) was £275 million. The decline in subsidy was predicated on the basis of sustained ridership and revenue growth. The problem is that once you lose a year of growth, you never catch up: being £30-40 million light on revenue when costs are increasing and franchises are lucky to make a 3% return is not sustainable.

Time then to keep an eye open for DFT OLR3 to be re-registered. As Keith Williams sagely observes, ‘franchising cannot continue the way it is today.

It is no longer delivering clear benefits for either taxpayers or fare payers’. He should have added train operators’ shareholders to that list.

‘Although our UK rail franchise portfolio has generated £330.9 million in adjusted profit with net cash and dividends to the Group over the last five years, we have concerns with the current balance of risk and reward being offered. We await the outcome of the Williams review as it seeks to address these and other industry issues. Any future commitments to UK rail will need to have an appropriate balance of potential risks and rewards for our shareholders.’ Matthew Gregory, Chief Executive, FirstGroup