ENGLAND’S ECONOMIC Heartland has commissioned a study into the freight and logistics needs of businesses on the Oxford- Milton Keynes-Cambridge corridor.

The study will examine freight’s impact on road and rail corridors both now and in the future. Pinch-points that may beneit from investment will be identiied along with a range of other considerations. Its indings will inform EEH’s Transport Strategy, due to be published in draft form next summer. The study is the irst piece of work to be commissioned through EEH’s Strategic Delivery Partners group, following the signing of a Memorandum of Understanding. The East West Rail Consortium is also contributing towards the cost of the paper, which will be produced by WSP and Jacobs with specialist input from Transport Systems Catapult. There will also be analysis of the opportunities for transferring goods from road to rail, including the movement of construction materials. Special consideration will be given to East West Rail’s freight potential. 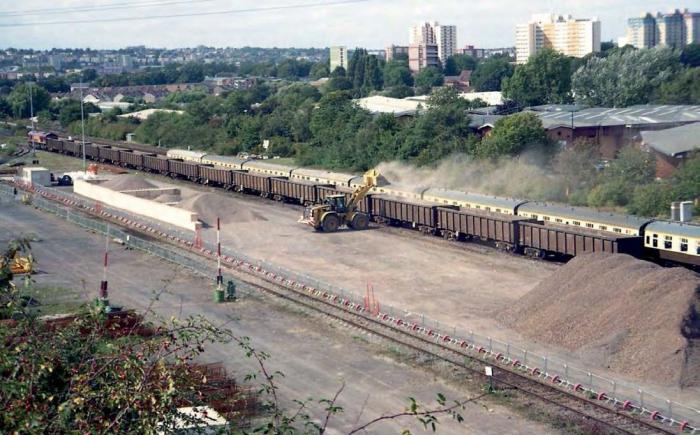 HS2 stone: aggregate movements have begun for the high-speed rail project. This is Bristol East on 10 September 2018, with a train behind loco No 66140 being loaded with stone from Stancombe quarry. This working was bound for Banbury, but the western end of EWR might be used for such lows in future as it intersects with HS2 at Calvert. Richard Giles