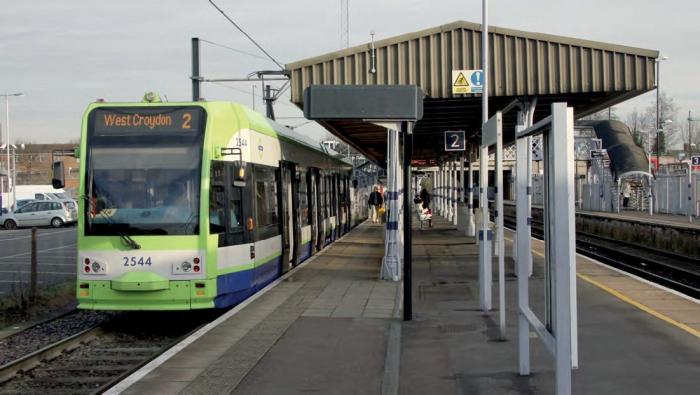 Set for doubling: the Elmers End terminus of the Croydon Tramlink network on 13 January 2012. The second platform will be built to the left of the picture in the small part of the car park. Keith Fender

TRANSPORT FOR London has committed funding to support double-tracking of the Elmers End branch of the Croydon Tramlink network and to construct a second platform at the terminus.

Funding from TfL’s Growth Fund will contribute £3.3 million of the estimated £9 million cost of the scheme, which TfL says will enable service improvements on the network and address reliability issues. The move follows the allocation last year of £70 million from the Growth Fund towards developing proposals for an extension of the tram network to Sutton.

Other schemes backed by the growth fund are an upgrade of Walthamstow Central station, including a second entrance and provision of step-free access, a new station building at Colindale station on the Northern Line’s Edgware branch, and a new southern entrance at Ilford station. Ilford is served by TfL Rail’s Shenfield to Liverpool Street service, which will be incorporated into the Elizabeth Line.

TfL says it is working with local councils, property developers and stakeholders to finalise funding packages for the four schemes and hopes work can begin on delivering them later this year. The total growth fund contribution towards the four schemes is £24 million. Other schemes across London are also being reviewed for suitability for part-funding from the remaining £80 million in the Growth Fund.