GREATER ANGLIA has released the first interior photos of its new Class 745 inter-city trains for the Norwich to London route, being built by Stadler.

As part of its complete fleet replacement, GA has ordered 58 trains from Stadler, financed by Rock Rail. Twenty of these are 12-car Class 745 EMUs – 10 for Norwich services and 10 for the Stansted Express, with the remaining 38 comprising Class 755 bi-modes in three-car and four-car formations.

GA says the inter-city trains will enter passenger service in the autumn. The ‘745s’ will have 752 seats, compared to 614 on the current Class 90/Mk 3 sets working the Norwich route. The 10 ‘745/0s’ for Norwich services will be the only trains in the GA fleet to offer first class, provided in a 2+1 configuration, and will also have a café bar area; the ‘745/1s’ for the Stansted Express will be standard class only and will not include a café bar.

Other features of the new trains include USB and plug points for each pair of seats, air conditioning, free Wi-Fi and a passenger information screen in each carriage. The lower floor and a retractable step at the doors will improve accessibility; the accessibility features have been designed with advice from disability professionals.

Three of the 10 ‘745/0s’ have so far been delivered to the UK by Stadler. First of the Stadler fleets to enter service will be the four-car Class 755 bi-modes, the first of which will displace the loco-hauled set on the Norwich to Great Yarmouth/Lowestoft routes.

Some of the Flirts of both classes have begun moving to the Mid-Norfolk Railway for storage pending their introduction into passenger service; four sidings have been upgraded for main-line stock there in a contract between GA and the heritage railway. A deal has also been done with the port authority at Harwich Parkeston Quay for the storage of stock there, and Jubilee Carriage Sidings on the east side of Norwich station and Victoria Sidings at Trowse on the city outskirts are being rehabilitated to hold new stock.

Crown Point depot at Norwich is being upgraded to cope with the stock influx now that GA’s plans to build a new depot at Brantham, south of Ipswich, have been abandoned in the face of access and land acquisition difficulties. 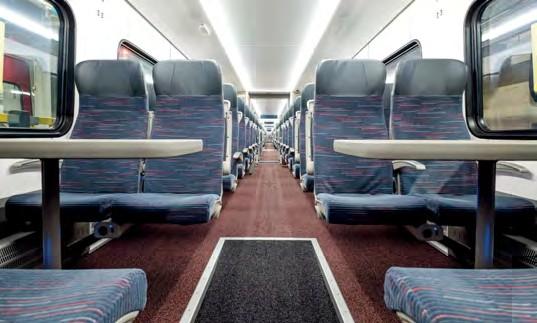 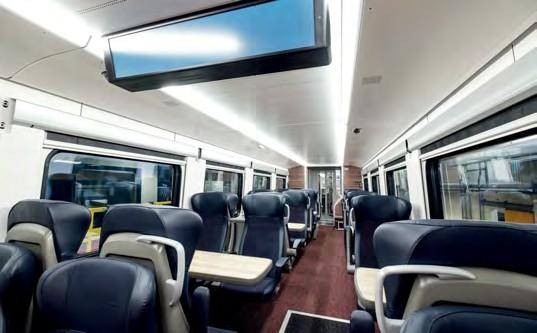