GREAT WESTERN PREPARES FOR THE REBOUND 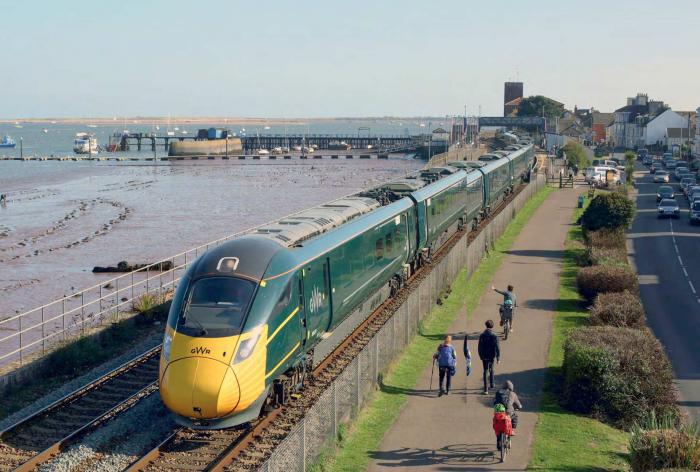 It  never rains, but it pours: just when the railway was beginning to lift its eyes to the horizon again after the disaster of Covid, the 800 Series cracks crisis hit. The issues with the Hitachi trains have been well covered elsewhere (‘Informed Sources’, last month and this month), but Great Western Railway Managing Director Mark Hopwood says the crisis will pass and he is convinced the medium- and longer-term prospects for the railway remain rosy.

The western side of London and the Thames Valley remains a buoyant area economically. As an example, Renzo Piano’s £850 million, 14-storey Paddington Square office development, also known as the Cube, is taking shape on the doorstep of Brunel’s historic terminus. ‘Paddington Square will completely reimagine the approach to Paddington station, including a new concourse for the London Underground Bakerloo Line, allowing for the area to become one of the grand entrances to London’ say the developers. Construction partner Mace has recently awarded Lonsdale Rail an £8 million contract for the London Underground part of the project, which will see the tube entrance integrated with the development in much the same way as has been done for the Shard at London Bridge.