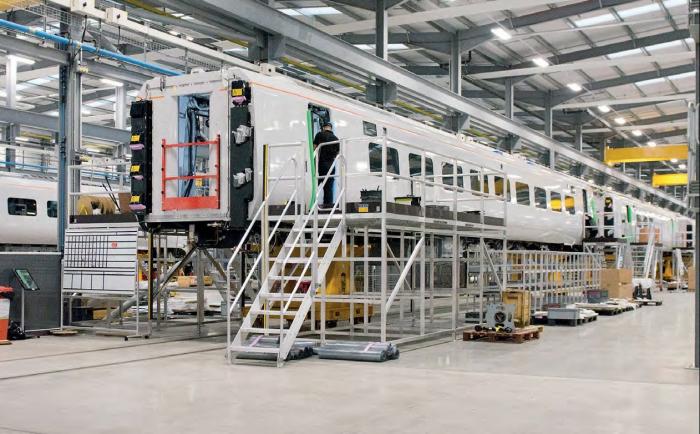 Rolling on: vehicles on the production line at Newton Aycliffe, 9 December 2016.
Tony Miles

Five-car bi-mode unit No 800005 is one of 122 trains being built for the Great Western and East Coast main lines, the majority of which will be assembled at Newton Aycliffe. The facility opened in September 2015, and Hitachi says that by spring 2017 it will employ around 900 people.

The unveiled unit is destined for Great Western Railway, whose managing director Mark Hopwood said that passengers could expect to see the IEP ‘operating on our network next summer and in regular timetabled service in autumn’.