High Speed Two will be a transformational project for the UK. It will provide a massive boost for the country’s economic prosperity, joining up towns, cities and communities, cutting travel times and delivering major improvements in our ability to communicate. 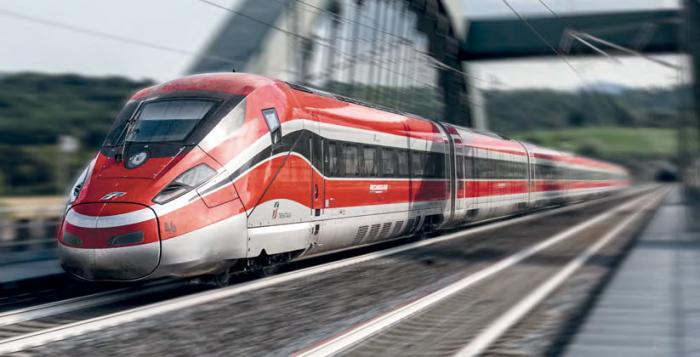 Italian high-speed: an ETR 1000 Frecciarossa set, built by Bombardier and Hitachi for Trenitalia.

High-speed rail is not new to the UK. High Speed One links London to the Channel Tunnel, and the domestic Javelin services operated by Southeastern with Hitachi-built and maintained Class 395 EMUs have transformed connections into Kent. Research has shown the service has delivered a major stimulus to the county’s visitor economy, estimated to be more than £300 million. But whilst HS1 connects the capital to this corner of England, HS2 will spread the benefits of high-speed rail much more widely.