On 6 March Network Rail wrote to all the organisations affected by the East Coast Digital Programme (ECDP) explaining how the associated Network Change Process is being handled. The ECDP is responsible for resignalling the East Coast main line (ECML) south of Stoke Tunnel (ECML (South)). This also includes the Hertford loop and the Moorgate Northern City line (NCL) branch.

Network Rail’s letter initiated Section G5 of Part G of the Network Code which covers the procedure for implementing Network Change (see box). Attached to the letter was a draft copy of the G5 ‘Notice of Intended Scope’ which forms the basis of consultation on the proposal.

Consultation on the preliminary proposal closed on 6 April. Network Rail was due to issue the formal notice of intended scope on 8 April, with any queries resolved by 8 May. Preparatory Works Notices to operators should start in June. 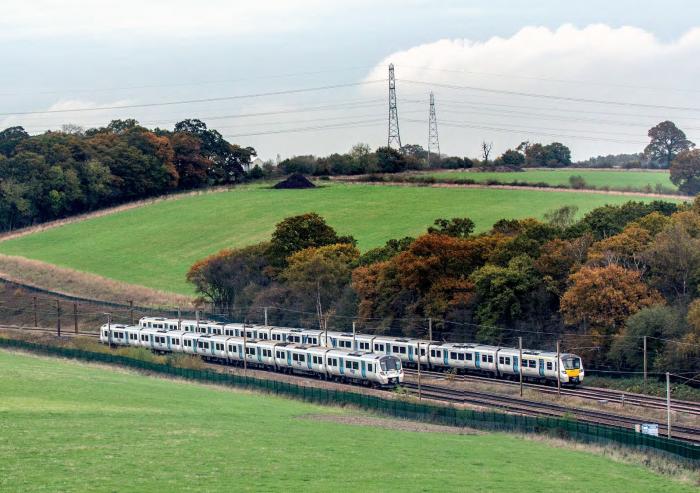 ETCS fitted from new: a Class 717 working the 13.30 Moorgate to Welwyn Garden City service passes a Class 700 forming the 12.54 Peterborough to Horsham at Ganwick, between Hadley Wood and Potters Bar, on 6 November 2019.
Ken Brunt

ECML (South) resignalling has adopted a ‘partnership delivery model’ based on industry integration and change management. Partners in the programme include the affected train operators, open access, freight and charter operators using the route, as well as the Government and the Network Rail East Coast Route.

Partners are contributing resources to an integrated management team and are represented, at an executive level, on a Route Industry Steering Board that oversees the programme. The partners have already endorsed the programme’s preferred option outlined in the Notice of Intended Scope.

According to ECDP, ECML (South) ‘is the only single digital deployment able to deliver sufficient benefits to bear a significant part of the upfront, one-off costs required to progressively rollout digital signalling across the wider network’. ECDP argues that without this scheme the national rollout of ETCS cannot make a business case and will not start. In addition, the investment in ETCS fitment to existing rolling stock will have been wasted.

Failure to install ETCS would also leave the problem of the ‘unaffordable, undeliverable and disruptive’ bow-wave of replacing the conventional signalling unresolved.

A minor but irritating feature of the letter is the reference to the ECML’s current equipment as 1970s ‘electro-mechanical signalling’. In conventional signalling parlance, ‘electro-mechanical’ is taken to refer to installations with power operated points and colour light (or motor operated semaphore) signals worked from a traditional mechanical lever frame. The term was also applied to installations with miniature lever frames.

However, most of the 1970s signalling on ECML (South) uses GEC-General Signal geographical relay interlockings, which are clearly not ‘electro-mechanical’. Yes, I know this can be seen as angels on the head of a pin pedantry, but in our industry terminology matters.

Anyway, the newest of the 15 GEC-GS installations out of the 24 interlockings on this section of the ECML was commissioned in 1977. According to my signalling guru, the GEC-GS geographical relay interlockings appear to suffer far more from degradation and silver migration than their Westinghouse equivalents and are likely to be well past their ‘best by’ dates.

So it is a case of ETCS or patch and mend. Fortunately, Government has accepted the business case, hence the implementation of Part G.

Implementation of the programme is planned in five ‘tranches’. Tranche 1 covers the conversion of the NCL between Moorgate and Drayton Park. The transition to ETCS Level 2, signals away is expected in 2022.

Apart from the condition of the existing signalling requiring early replacement, this section also provides the ideal first deployment. The only rolling stock on the route is the ETCS-fitted Class 717 fleet. The similar Class 700 units have already been running under ETCS through the Thameslink central core. ECDP describes NCL as the ‘pathfinder project’ for its new ‘delivery model’.

Tranche 2 covers completion of the remaining ETCS train fitment, including software upgrades for fitted trains, with the TOCs achieving operational readiness to what is called an ‘ETCS compliant digital operations model’. Most passenger rolling stock used on the ECML (South) area was supplied fitted with ETCS equipment. 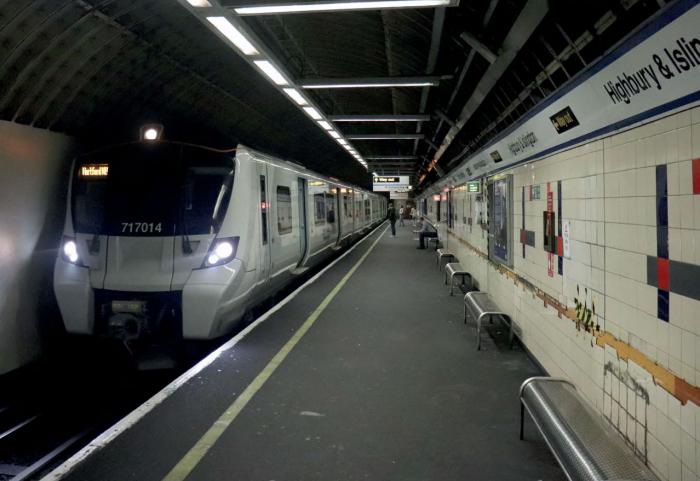 Northern City line: this section will be the first to transition to ETCS. No 717014 arrives at Highbury & Islington on 16 August 2019 with the 09.25 Moorgate to Hertford North service.
Philip Sherratt

Two exceptions are the Class 365 and Class 387 trains in use by GTR. Both fleets have first-in-class fitment projects already underway. Grand Central’s fleet of 10 Class 180 trains has also gone through a fitment programme.

Pre-fitted stock, including the GTR Class 700 and 717 electric multiple-units and the Class 800 series operated by LNER and Hull Trains, and also on order for FirstGroup’s open access venture, will require a software upgrade to the latest standard.

In parallel, Tranche 2 will equip a dedicated section of ECML (South) with ETCS Level 2. This will allow the start of dynamic integration testing of all rolling stock and infrastructure, followed by large-scale practical driver training. Testing and driver training will also help build reliability for the overall ETCS implementation. The trial section is due to be ready for signals-away operation by December 2024.

Tranche 3, the implementation of an Integrated Traffic Management (TM) system at York Rail Operating Centre (ROC), is at an early stage of development (‘Informed Sources’, last month). The implementation date has yet to be determined.

One issue at York ROC is that it is a ‘mixed economy’ with a combination of Westcad and IECC Scalable. The IECC workstations migrated from York IECC over Christmas and the New Year in 2018. The IECC controlled the ECML from Doncaster to Northallerton via York, the trans-Pennine route from York to Morley and Pudsey via Leeds plus the north Bradford lines to Skipton/Ilkley.

Assuming Tranche 2 is successful, Tranche 4 will see the progressive rollout of ETCS along the remainder of ECML (South). Operations will cutover to signals away as sections are commissioned, allowing the benefits of ETCS to be exploited as the phased implementation progresses.

Human factors issues already identified include the need to limit the number of times drivers are required to change between colour light signalling and ETCS during a journey. This is likely to determine the phased implementation working outward from the trial section. ECML (South) is projected to be ETCS Level 2 throughout by the end of 2029.

Tranche 5 will ensure that the full benefits from the ECDP will obtained, drawing on experience with the use of ETCS in everyday operations. This is likely to include changes to timetable planning rules and the optimisation of railway operations.

Part G of the Network Code covers the procedures which Network Rail and train operators must go through when certain types of change to the network are proposed. The definition of Network Change is broad.

Essentially, changes likely to have a material effect on the operation of the network or of trains operated on the network count as ‘Network Changes’. These can range from the introduction of a speed restriction on a section of track to enhancements which will increase capacity. Line closures do not fall within the definition. Part G applies equally to changes proposed by train operators, such as the introduction of new rolling stock.

Before any infrastructure change can be implemented, it must be formally proposed under Part G of the Code and be accepted by those train operators whom it will affect. Any dispute over the change must be resolved, either by agreement or through Access Dispute Resolution Rules.

There is a general obligation on Network Rail to facilitate Network Change. This includes a number of specific obligations to provide information to train operators.

Condition G8 is concerned with the expiry and reversal process of a short-term Network Change. G9 applies to mandatory changes, resulting from a change of law or a direction of a competent authority. Condition G10 covers the processes that may be adopted for establishing and implementing Network Changes. Finally, Condition G11 covers dispute resolution in connection with Network Change proposals.

ECML resignalling is being processed under the Complex Projects Procedure. Before giving formal notice of a proposal for a Network Change under this procedure, Network Rail must advise all affected train operators of its intentions. The information provided must include details of the proposed change, the reasons for it being progressed, a draft plan setting out the intended stages and timetable plus a draft scope of the proposal.

This is followed by consultation on the proposals during which train operators are required to provide any information requested by Network Rail. Where Network Rail disagrees with the views of any train operator, it must provide a written explanatory response.

Once consultation has been completed, the final stage is to issue a notice of intended scope to each affected train operator.