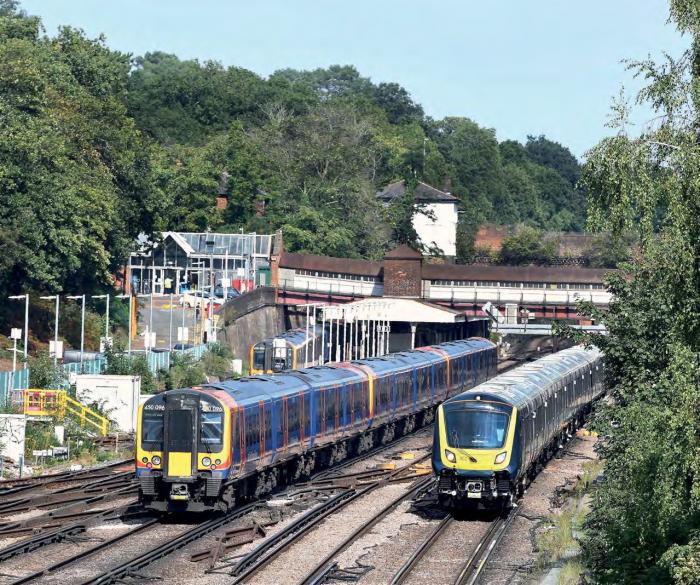 Zombie franchise: FirstGroup has already made an allowance for losses at SWR. On 10 September 2020, new Bombardier-built Arterio EMU No 701002 passes Weybridge on the down slow with a 5Q33 Waterloo to Woking test working; it was due to operate to Guildford but a problem with the train saw it return direct to Eastleigh. At left Siemens Desiro EMU No 450096 brings up the rear of the 13.15 Portsmouth Harbour to Waterloo service.
Colin J. Marsden