TRANSPORT MINISTER Jo Johnson hinted that the Government would look favourably on bids for the South Eastern franchise that include proposals to link Bexhill and Hastings with HS1, when he addressed the Hastings Rail Summit organised by local MP Amber Rudd on 14 September 2018.

Mr Johnson explained there are faster journeys in prospect on the Hastings to Charing Cross historic route, as shorter journey times are mandated by December 2022 in the Train Service Requirement (TSR) of the Invitation to Tender (ITT). But he added: ‘There are incentives to speed up beyond the ITT requirement’, which many present at the conference took to be a reference to the HS1 link that had already been discussed.

Under the TSR, today’s two trains per hour on the Ashford to London via Tonbridge historic route become four in December 2022. It is widely assumed that these extra services will take on calls at Orpington (Mr Johnson’s constituency), and possibly Sevenoaks as well, that are currently made by Hastings services – allowing services from the Sussex coast to be speeded up by running non-stop to London Bridge from Tonbridge. This would allow Hastings to Charing Cross times to get down from today’s 93 minutes to something closer to the 84 minutes achieved in the early 1960s.

However, 66 to 69 minutes to St Pancras International from Hastings (and 76 to 79 minutes from Bexhill) have been suggested as feasible timings if the route over the Marshlink to Ashford and then via HS1 to London were to be adopted.

Network Rail’s Senior Commercial Sponsor – South East Route Andrew Wood told the summit work is well advanced on the joint Department for Transport/East Sussex County Council £200,000 feasibility study into alterations required at Ashford to make such a link possible, with a GRIP2 report due in the autumn. Early indications are that a connection from the south side of Ashford station to HS1 is tight but doable, but NR has decided to uncouple construction from urgent track renewals that must take place next year. Instead, NR suggests the link could be built when resignalling takes place in the early 2020s.

An early benefit of the link would be that it would allow Javelins joining HS1 to call at Ashford’s platform 2, providing cross-platform interchange with Marshlink services. But Mr Wood stressed that modifications would be needed to Class 395s to allow this to happen, and there are signalling and immunisation issues to be dealt with too.

For through trains to Bexhill, new stock would be needed. Mr Wood said electrification would be very expensive, and more likely options would be electro-diesel bi-modes or battery trains. He added that increasing linespeeds across the Marsh was a proposal more likely to stack up financially than electrification: ‘This was once an 85mph line; we believe we could raise it to 90mph’.

There are 25 level crossings on the route and as part of the speed-up some of these might be replaced by bridges, with a radical plan to realign the A259 so that it avoids two crossings of the line being one idea discussed. While doubling the single-track section of the Marshlink all the way from Appledore to Ore would be unlikely to be worthwhile, Mr Wood said extending the loop midway at Rye to allow trains to pass on the move would shorten down times at the level crossing in Rye town centre.

In its ‘Open for Business’ brochure published in September (p14), Network Rail said it was seeking third party funding for Marshlink enhancement, putting a price tag of £50 to £100 million on the project. ‘We’re talking to HS1 and others’ said Mr Wood.

Mr Johnson said the Department’s commitment was signalled by the £100,000 contribution to the feasibility study but added that the proposal will need ‘a robust business case’ if it is to go ahead.

As a stopgap, current Marshlink operator Southern has indicated that one of the few timetable alterations it will be making in December will be tweaking of Marshlink services to allow a connection into the 07.06 to St Pancras International at Ashford, currently just missed by the Turbostar from Eastbourne in at 07.08.

■ A resolution is said to be ‘close’ on the issues with KVB signalling that have prevented Eurostar’s e320 trains from serving the platforms at Ashford International since the Ashford spurs project was inaugurated in the spring. Eurostar continues to serve Ashford with its e300 trains, with an improved service using the original trains expected from October. 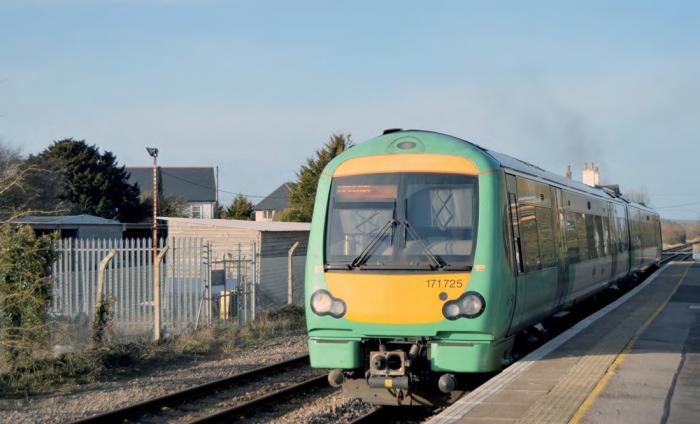