BUT NO FURTHER ELECTRIFICATION APPROVED IN THE BUDGET

DEVELOPMENT OF the Midlands Rail Hub and funding to increase capacity on the Tyne & Wear Metro are among schemes rewarded in the Chancellor’s Budget, delivered on 11 March.

The budget commits to significant infrastructure spending, although the largest allocation of over £27 billion over five years goes to the strategic road network and there has been no commitment to further electrification of key main line routes. A National Infrastructure Strategy is to be published later in the spring, while the budget also launches a Comprehensive Spending Review which will conclude in July and set out detailed spending plans for public services and investment.

£20 million is being invested to develop the Midlands Rail Hub, a scheme to increase capacity across the region (p55, February issue), taking the project to the Outline Business Case stage. Priced at £2 billion, the proposal features 15 pieces of new and improved infrastructure including new chords at Bordesley, a dive under or flyover at Nuneaton and improvements to the railway through Leicester. Midlands Connect, which is promoting the scheme, is targeting completion for between 2024 and 2033 and says the plans will make space for 24 new passenger trains an hour across the network along with an additional 36 freight trains each day, providing faster and more frequent services across the region. Midlands Connect says some of the proposed improvements could be delivered during this Parliament (from 2024), including the reopening of platform 4 at Birmingham Snow Hill station and improvements to linespeeds between Leicester and Birmingham. 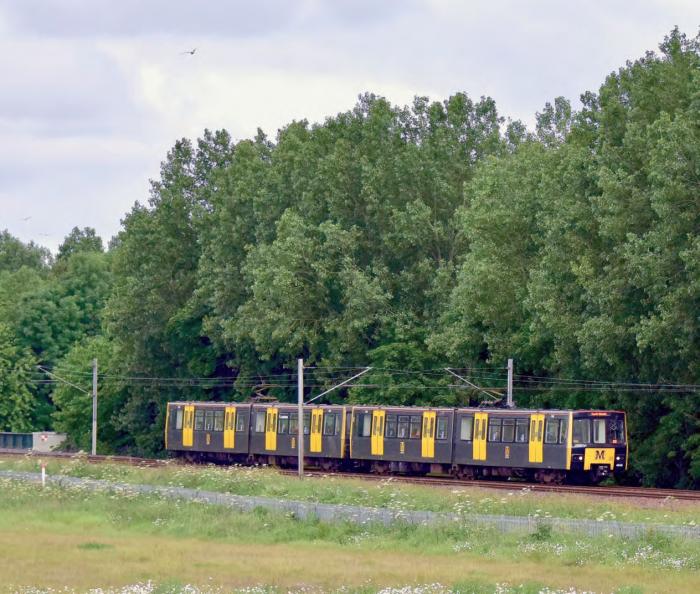 Over £1 billion of investment has been allocated through the Transforming Cities Fund to deliver schemes by 2022-23. Headlining this is £198 million for the North East, including funding for the £100 million Metro Flow project for the Tyne & Wear Metro. The project involves removing three remaining single-track sections of the Metro by upgrading and electrifying a parallel freight line in South Tyneside from September 2022 to make it capable of carrying Metro services. Three sections of track between Pelaw and Bede will be dualled – 800 metres between Pelaw and Hebburn, 1.4km between Hebburn and Jarrow and 600 metres between Jarrow and Bede. Nexus will buy a further four trains from Stadler, taking the total order to 46, and will be able to increase frequencies system-wide from five to six trains per hour. The Metro already shares tracks with heavy rail services on the line through Sunderland.

Other Transforming Cities Fund allocations include £25 million for a new station at Cottam Parkway on the Preston to Blackpool line, funding to the Sheffield City Region for a new stop at Magna on the tram-train line to Rotherham, £39.9 million for Halifax which includes an improved station and, subject to further business case approval, funding for a multi-modal transport hub at Stoke-on-Trent station.

Accessibility funding of £50 million will deliver improvements at 12 stations, expanding the programme undertaken through the Access for All initiative, among them schemes at Newtown, Beeston, Eaglescliffe and Walkden. The Government has also committed to building a new station at Cambridge South to serve the biomedical campus, subject to planning consent.

The latest region to get a directly-elected mayor will be West Yorkshire from May 2021, with a devolution deal providing £1.1 billion of investment for the area of over 30 years and devolving significant new powers. In addition, up to £500,000 will support the city of Bradford to develop plans that would maximise the benefits of potential Northern Powerhouse Rail connections.

Government is to remove the entitlement to use red diesel from April 2022, but rail will be one area exempted from this change and will continue to receive this tax relief.