MODAL SWITCH OF FREIGHT TO RAIL: how, how much and where? 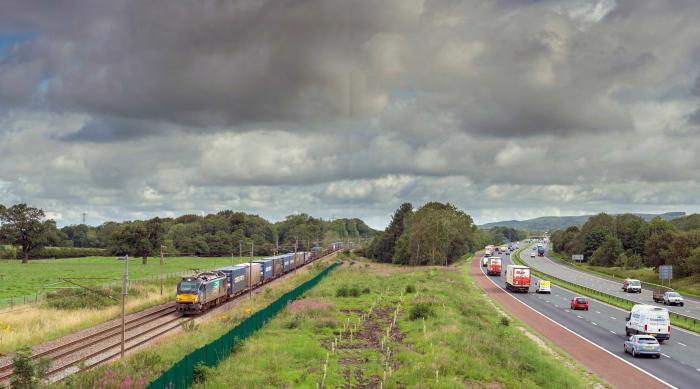 Taking lorries off the road: Direct Rail Services loco No 88004 forms the 4M27 Coatbridge to Daventry intermodal alongside the M6 motorway at Brock, north of Preston on 24 July 2020.
Rob France

The lorry is the only means of delivering goods to a store and most other locations, but there is clearly potential for using rail on the trunk leg of many supply chains. This now has formal recognition and support from Government, with both the Williams-Shapps Plan for Rail and the Transport Decarbonisation Plan explicit that modal shift to rail has to play a significant role in achieving Net Zero 2050 and other policy objectives. Coincidentally, the acute shortage of HGV drivers is causing logisticians to look more closely at rail, and the last few months have seen a substantial increasein enquiries, several of which have already resulted in new rail flows.