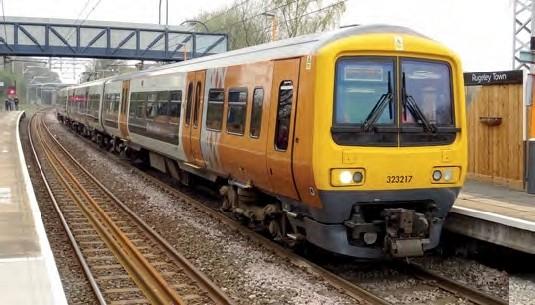 Electric at last: unit No 323217 pauses during gauging checks at Rugeley Town on the Chase line on 7 April 2019. Simon Poole

THE FIRST electric train operated through to Rugeley on the Chase line on 7 April, ahead of the start of electric passenger services with the May timetable change.

The section north of Walsall to Rugeley Trent Valley has been electrified by Network Rail in a project costing more than £100 million, featuring the erection of wires on 51km of track and complete reconstruction of six road bridges. West Midlands Trains’ No 323217 was the first electric train on the newly-wired stretch, departing Birmingham New Street at 16.45 and reaching Rugeley Trent Valley at 17.47, before returning at 17.52. A similar test using a Class 350 EMU was due to take place on 14 April, ensuring both types of train can operate satisfactorily on the line.

Meanwhile, Network Rail confirmed on 4 April the formal completion on time and on budget of the £160 million electrification of the Shotts line in the Scottish central belt. The first ScotRail Class 385 EMU traversed the line on test the same night; the first electric train had run on the route on 24 February (p9, last month).

Electrification covered the section between Holytown and Midcalder Junctions and was completed by NR and contractor SPL. The project also upgraded or extended platforms at nine stations, delivered step-free access at West Calder and completely redeveloped Breich and Livingston South stations. Class 385s are due to be introduced to passenger services on the route from the timetable change in May. 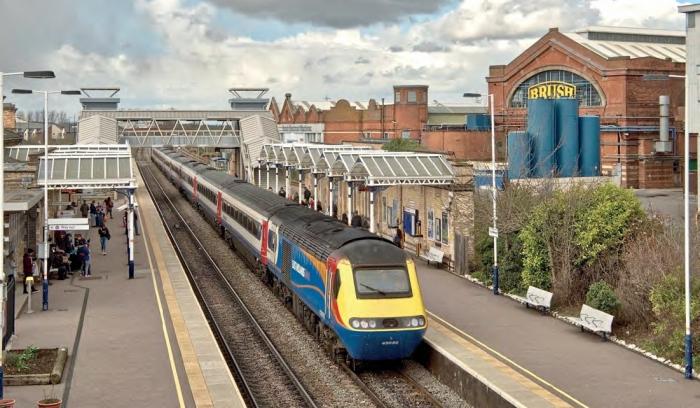