MYTHS AND REALITY ON THE SEA WALL

As Network Rail pauses plans to realign the railway between Dawlish and Teignmouth away from the cliffs, BRUCE THOMPSON suggests the one size fits all approach adopted so far is misguided 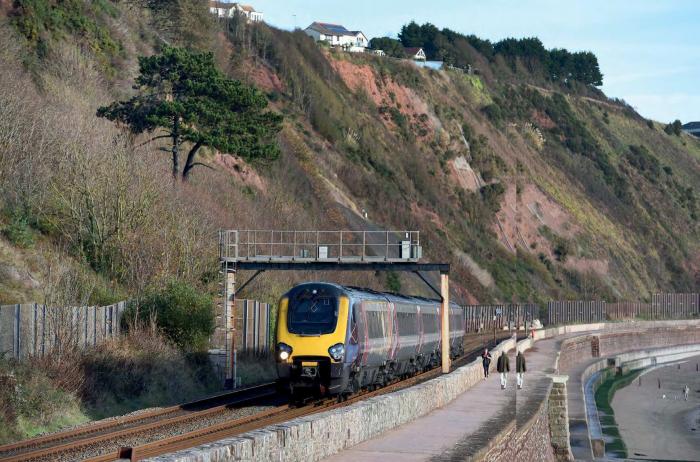 Some of us were not surprised by Network Rail’s decision in October to revise its plans for the sea wall north of Teignmouth. It had proposed a completely new sea wall alignment for the whole 1.1-mile Parsons Tunnel to Teignmouth (PT2T) section, covering most of the beach, to move the railway away from the cliffs (a feature on the resilience plans for this stretch was in our August issue, p68).

The consultation process, and public reaction, were tarnished by misinformation (on both sides), overlaying an understandable if environmentally unrealistic context – a desire to improve the whole section, rather than focusing on the high-risk northern half.

It was fortunate that the 2014 cliff fall on this stretch occurred shortly after the February Dawlish breach – the spectacular nature of which may have diverted public awareness from the cliff danger. Had the Dawlish breach not occurred, that fall would have covered a live track. Opinions seem to be in danger of conflating these two separate risks: sea damage at Dawlish and cliff instability north of Teignmouth.