TFMs and IETs don’t get on

A well-known railwayman dropped me an e-mail recently suggesting that this feature might be understating the reliability of the various new fleets. There were two concerns.

First that Moving Annual Average (MAA) is slow to recognise improvement. In fact, it rewards improvement because after a year in service a fleet should be replacing a low figure with a much better one so MAA jumps upwards. Contrarily, it highlights poor performance.

On this basis a 12-car fleet recording 10,000 MTIN is really achieving 30,000 MTIN if compared with four-car units. This, of course, is complete sophistry since what counts is the number of TINs. And a fixed formation train doesn’t suffer from fault-inducing coupling and uncoupling.

Anyway, the paradigm against which new trains are measured in TIN-watch is the Northern Class 142 Pacer fleet. This month only the South Western Railway Class 707 Desiro Cities have managed to beat the Nodding Donkeys, and then only by 120 miles. But the good news is that both the Desiro City fleets topped 10,000 MTIN in Period 3 and the Great Western Hitachi Class 800 Inter-city Express Trains (IET) topped 8,000 MTIN. However, as they say in the investment pages, MTIN Period figures can rise and fall, which is why MTIN MAA is what counts.

In last month’s column I mentioned that the London North Eastern Railway (LNER) Hitachi Class 800 Azuma IETs had been banned from running in electric traction mode between Northallerton and Berwick. This has now been extended southwards to Colton Junction, although some test running has been permitted.

Informed sources have confirmed that the problem is electromagnetic interference with the Trackside Functional Modules (TFM) that link lineside equipment such as points and signals to the Solid State Interlocking (SSI). When a Class 800 enters the York Integrated Electronic Control Centre (IECC) area, the TFMs can start flashing up fault alerts and have, on occasion, failed. I find this interference puzzling, given Hitachi’s 15 years of experience with Electromagnetic Compatibility (EMC) in the UK going back 15 years to the original Verification train (V-Train).

Network Rail is trialling a temporary fix, inserting an isolating transformer in the trackside cable linking the interlocking to the TFM.

This has been tested successfully at the trial site with one train and was due to be tested with two trains passing as this was being written.

Given Network Rail’s record with asset knowledge I do wonder whether the EMC specification provided to Hitachi reflects the situation on the ground.

But whatever the cause, there is the potential to delay service introduction and on 15 August LNER convened a ‘summit meeting’ of all the parties involved to review confidence levels in the IET entry into service in December this year and for the May 2019 timetable. 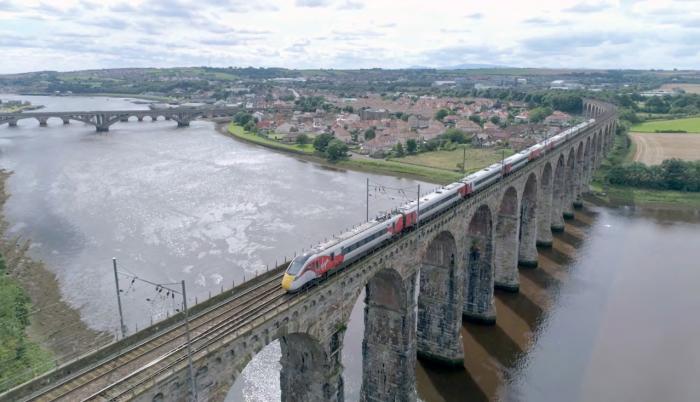