NEW TRAINS FOR THE NORTH

Five new fleets are being acquired by Northern and TransPennine Express. This massive investment is about to bear fruit as new trains are tested prior to being introduced to the travelling public

Nova 1: TPE is taking delivery of 19x5-car bi-mode sets from Hitachi for Liverpool to Edinburgh runs via the East Coast main line, with the extension of today’s Newcastle stoppers to the Scottish capital due in the December 2019 timetable change. Here No 802201 is seen northbound at Basingstoke, while on working 5X82 from Eastleigh to Acton on 29 April 2019; 800 series units have been visiting Eastleigh for modifications. Ian Francis 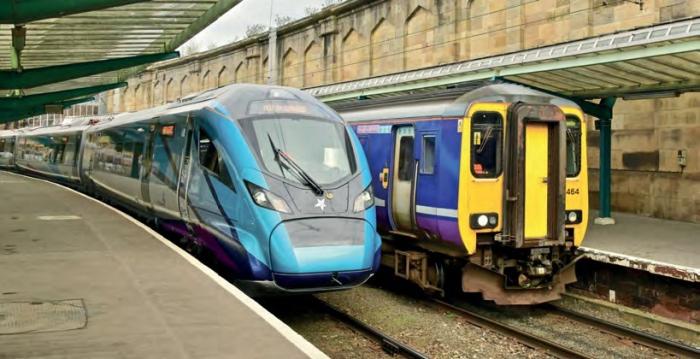 Nova 2: this is a fleet of 12x5-car Civity EMUs from CAF for North West to Scotland services over the West Coast main line. The December 2019 timetable will see the introduction of services from Liverpool, to complement those from Manchester already operating. Departing from platform 5 (on the left) at Carlisle on 10 April 2019 was No 397003 on working 3Q51, a test run to Manchester. Bill Welsh 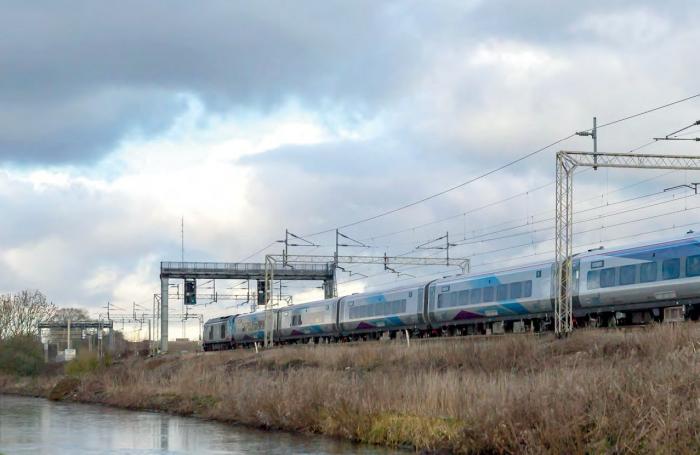 Nova 3: TPE has accepted the first trains in its new fleet of 13x5-car Class 68 plus Mk 5A combos (p84) for the Liverpool / Manchester Airport to Scarborough / Middlesbrough route. An extension of the Middlesbrough services to Redcar is under discussion for the December 2019 timetable. Here one of the push-pull sets is propelled south at speed by Class 68 No 68022 along the West Coast main line at Anstey, Warwickshire, on 30 January 2019. Fraser Pithie 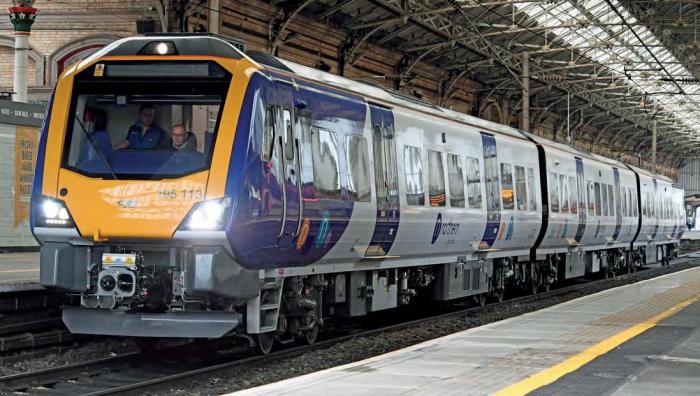 Nova 2 in the Spanish sun: this is No 397006 in Zuera station on 6 May 2019 during trials between the CAF factory at Zaragoza and Huesca. Alberto Peña 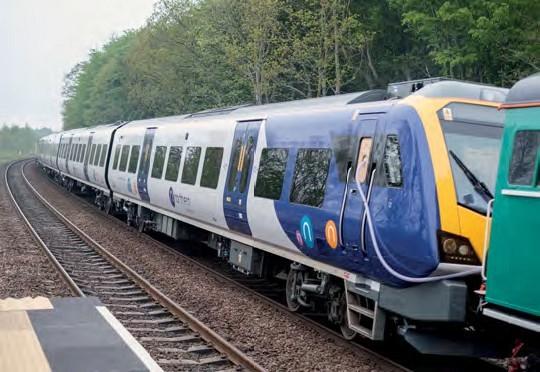 Class 331: CAF is building 31x3-car and 12x4-car electric sets for Northern. This is No 331105, which was the second of the class to cross the Pennines, when it was taken by Rail Operation Group’s Nos 47813/815 as working 5Q23 from Allerton Depot to Doncaster West Yard. The photo was taken at Deighton, Huddersfield. At the time of the 4th Friday Club Rail in the North conference on 26 April, there were 24 CAF-built trains for Northern in the UK. Russell Wykes