NORTHERN IS to suspend services to and from Rose Hill Marple from 14 September as it grapples with restoring services following the Covid pandemic. A cross-party group of MPs has written to Northern expressing anger at the decision.

Rose Hill Marple sits at the end of a two-mile branch which leaves the Manchester to Sheffield line at Romiley station, but services run via Guide Bridge and call at Fairfield, Hyde North, Hyde Central and Woodley en-route to Romiley and the Rose Hill branch. Northern has confirmed five stations will have no services until 14 December, Romiley being served by Manchester to Sheffield trains via the Hope Valley.

Northern explained to Modern Railways the decision was taken as it works to operate additional services from 14 September as part of the Government’s drive to see more people returning to work and as schools reopen. It has issued advice regarding the nearest alternative stations for passengers and an hourly bus service will link Rose Hill with Marple and Romiley stations. Given the challenges Northern faces it has said it will be ‘some time’ before it can return all services to pre-Covid levels.

The company told Modern Railways ‘We’ve got limited drivers and a lot of training that has had to be paused as well as people who have been shielding who need training before they can come back onto the network. We just don’t have the resources and the pool of crews that we would need to run a full service. We’re concentrating on the routes where we can move more people in and out of cities at peak times and it was a difficult decision that had to be taken. We looked at the passenger numbers on that route and frankly it was the “least worst option”. We have made it clear that come December it will be back.’

Northern confirmed to Modern Railways there are no changes significantly reducing services on other routes. 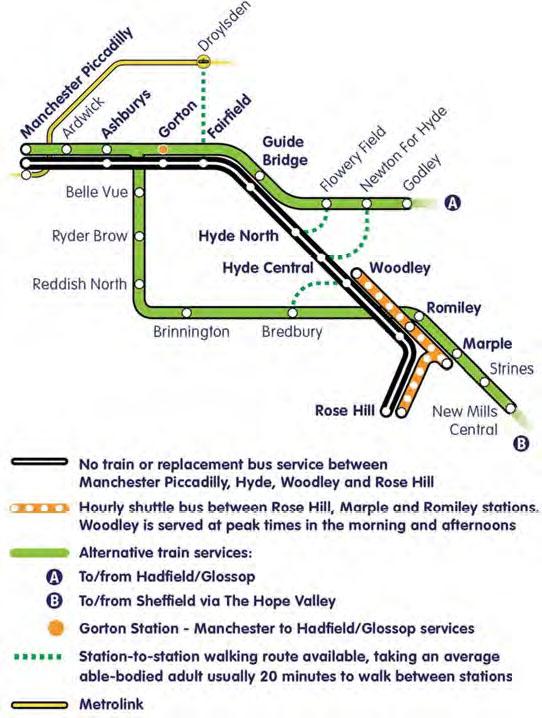 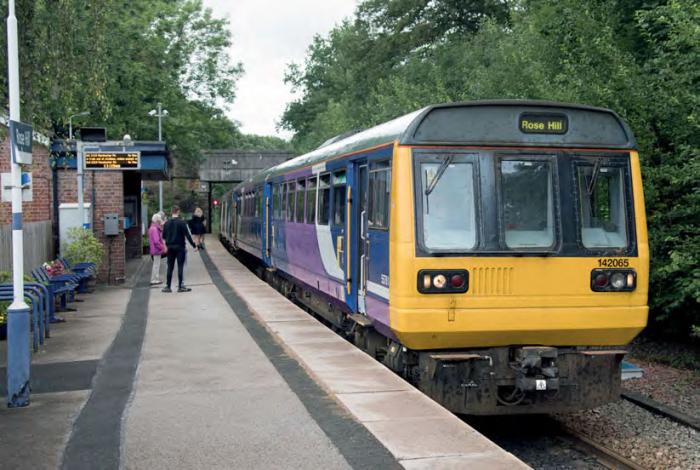 Pacer back in service: Northern’s No 142065 leads a Class 150 into Rose Hill Marple with the 10.44 from Manchester Piccadilly on 6 August 2020; services here are to cease for three months from 14 September.
Tony Miles