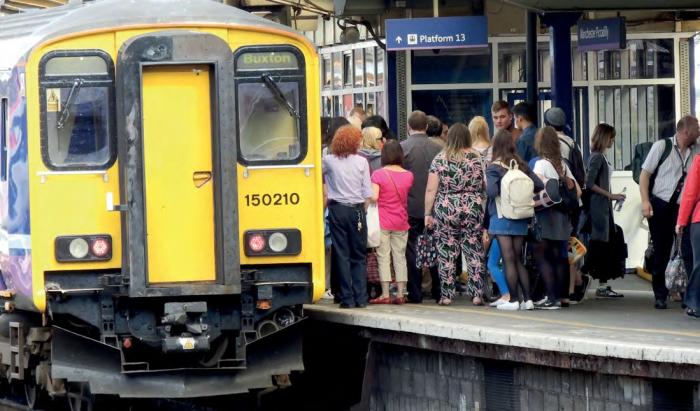 Both Northern and TransPennine Express saw continued low levels of performance through railway Period 4 as they struggled with what both companies have described as ‘sub-optimal timetables’. This came despite the introduction of a temporary timetable on Northern from 4 June, which saw 6% of services removed. 125 of the 168 removed services were reinstated on 30 July, with the remaining trains due to be restored from 3 September. The phased restoration of services was agreed with the Rail North Partnership (RNP) to enable the industry to focus on further service improvement work across Greater Manchester.

Both operators have reported that the main factor in the collapse in performance was a failure to ensure a robust plan for services into Manchester following the opening of the Ordsall Chord and its impact on services to the west of the city, with one local industry source telling Modern Railways ‘The timetable around the Ordsall Chord just doesn’t work’.

A root cause of this is accepted as the rushed creation of a timetable for both operators once Network Rail had reported that the electrification of the Bolton route would not be delivered until the end of 2018. Industry sources note that the very low levels of punctuality being achieved by TransPennine Express in particular show how poorly the timetable was developed. The switch of services between Manchester Airport and the North East sees TPE trains running via the highly congested Castlefield Corridor and over the Ordsall Chord, with timings so tight that the smallest of delays can have a major impact on TPE and Northern services. Modern Railways understands one TPE service in late July was just a minute late passing over the Ordsall Chord but created 284 delay minutes to a range of other TPE and Northern services.

Speaking to Modern Railways, TPE Managing Director Leo Goodwin explained ‘This has been the result of the condensed planning process. Had the planning process been longer there would have been more time to build greater resilience into the timetable. This is particularly evident in the performance of services within the Greater Manchester area, where we’ve seen a significant increase in congestion on the network.

Trains aren’t making it through the central Manchester area within their allocated time and the delays are being carried onto the wider network. We’re particularly vulnerable to that issue because all of our trains run through Manchester, so 100% of our performance and punctuality measure is dictated by how the Manchester area is performing.’

In addition, some TPE services have turnaround times of seven or eight minutes at terminal stations, despite signallers working to the operator’s Public Performance Measure (PPM) target of 0-10 minutes. Short-term solutions being put forward to manage this are understood to be the diagramming of an additional train at Manchester Airport to step up should an incoming train be delayed and the cutting back of some services short of their current destinations to ensure that they are able to start their return journeys on time.

Both operators are also included in the list of companies that will not be introducing further timetable changes in December (p8, last month). For TPE this means the start of the new three trains a day service between Liverpool and Glasgow will be delayed until early 2019, with electric trains between Manchester and Scotland continuing to run via Wigan until May 2019 rather than switching back to the Bolton route, which should have happened in May 2017.

The clear challenge to performance created by the opening of the Ordsall Chord without additional infrastructure work, specifically the additional tracks and through platforms (15 and 16) at Manchester Piccadilly, is seen by both TPE and Northern as a long-term barrier to delivering a reliable timetable. The companies note that it is proving impossible to deliver all of the services that were specified when the two contracts were let by the Department for Transport. Tony Miles