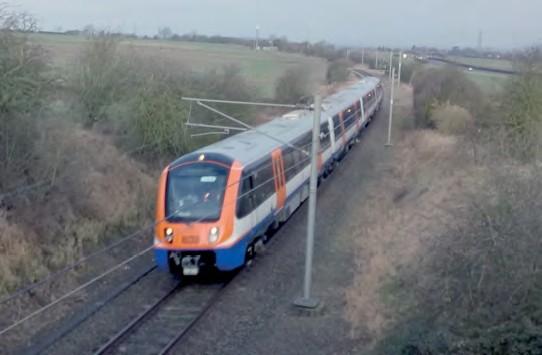 Class 710 on test: one of the new Bombardier trains for London Overground on the Old Dalby test track on 8 February 2018. Philip Sherratt

TRANSPORT FOR London has confirmed an order with Bombardier for nine more Class 710 Aventra EMUs for its London Overground routes.

Approval for the additional order had been granted by TfL’s Programmes and Investments Committee in October. An additional 3x4-car units will be delivered in spring 2019, followed by 6x5-car units in winter 2019/20; all will be dual-voltage and built at the manufacturer’s Derby plant.

The units have been ordered using priced options in TfL’s original order for 45x4-car Class 710s for the Gospel Oak to Barking line, Watford to Euston route and West Anglia services out of Liverpool Street, the first of which is due to enter service on the Gospel Oak to Barking route this spring. TfL’s aim is to release additional Class 378s to the East London line to increase service frequency there. The five-car ‘710s’ will replace ‘378s’ on the North and West London lines to enable such a cascade, while one four-car unit will be used on the Watford to Euston route and a Class 315 EMU retained for the Romford to Upminster line, releasing a further two ‘378s’. The remaining two four-car units will support the extension of Gospel Oak to Barking services to Barking Riverside, which is due to open in late 2021.