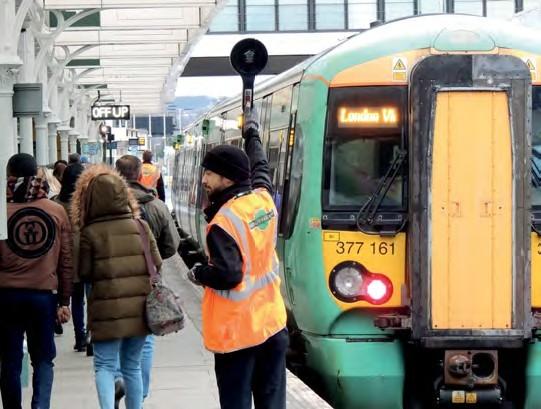 THE HOUSE of Commons Public Accounts Committee says issues with the Thameslink, Southern and Great Northern (TSGN) and East Coast franchises, combined with the small pool of potential bidders in the market, ‘highlight the broken model of franchising’.

The PAC, in a report on Rail Franchising in the UK, says it is ‘deeply concerned’ that the Department for Transport’s management of the two franchises ‘has been completely inadequate and could be indicative of wider weaknesses in its contract management capability’.

On the TSGN franchise, operated by Govia Thameslink Railway, PAC highlights the ‘unacceptable levels of disruption’ suffered by passengers. It suggests the priorities and incentives of GTR and Network Rail ‘were not adequately aligned in the interests of passengers’, and recommends this should be improved in future awards, with these incentives embedded in contracts.

The committee also notes DfT ‘turned a blind eye’ to the potential level of industrial action on the franchise. This, it recommends, should cause DfT to ‘reflect on the lessons from TSGN about the level of change that can be achieved on any one route’, and where change is anticipated it should ensure the franchise operator ‘has robust risk management plans in place’, while also calling for ‘open and honest dialogue’ with key stakeholders, including rail unions.

Following the sustained poor performance, DfT agreed a £12.4 million settlement with GTR to cover the period from September 2015 to September 2018, rather than using the performance regime available within the contract. DfT claims this avoided spending management time ‘arguing over a huge number of detailed claims’ and allowed the operator to focus instead on improving performance. However, the PAC questions why DfT agreed a settlement on the basis of future performance, suggesting it will have ‘fewer levers available to it’ to manage GTR’s performance as a result. The committee asks for an explanation from the Department of how it has reviewed its approach to performance management of franchises, for it to set out how it is holding GTR to account in the period from September 2017 to September 2018 and how it will do so after the current agreement ends.

On the East Coast franchise, the PAC calls for DfT to ‘take urgent action to improve its understanding of what causes changes in passenger demand, and use its understanding of these factors to model a range of likely outcomes before awarding franchises’. This follows the ‘wildly wrong’ passenger growth forecasts made by Stagecoach in its winning bid for the Virgin Trains East Coast operation. DfT has suggested the East Coast franchise is ‘perhaps more volatile than others’ and says it has ‘identified 50 or 60 factors that affect the behaviour of passengers and demand across the network’.

PAC suggests the push for ambitious improvements in franchises has led to ‘unrealistic contractual demands and unachievable promises being made’, and that this pressure leads to ‘fewer and fewer potential operators interested in bidding for franchises’.