MAYOR OF London Sadiq Khan says cuts to capital investment at Transport for London could place contracts with regional suppliers at risk.

His comments were made during a visit to Siemens Mobility’s Goole factory site on 21 March, where he inspected a mockup of the new 2024 stock trains ordered for the Piccadilly Line. Half of the new fleet of 94 trains, which is due to enter service from 2025, will be built at Goole.

The Mayor said: ‘Visiting this Yorkshire factory and the state-of-the-art Piccadilly Line trains being built, it is clear how strong London’s relationships with our regional suppliers are – demonstrating just how vital skills and expertise around the country is to London’s success and how investment in TfL is vital to jobs and a UK-wide recovery.

‘Without sufficient capital investment in TfL, future contracts with regional suppliers are at risk. The best way to secure these highly skilled jobs into the future is for ministers to break the continuous cycle of short-term funding deals handed to TfL which only holds back London and the rest of the country from innovation, jobs and economic growth.

An objective had been set to agree a long-term capital funding deal for TfL by the end of March. Referencing this, Mr Khan said: ‘When London succeeds, the country succeeds and vice versa. This week the Government has the opportunity to demonstrate their commitment to levelling up and deliver the capital funding TfL and its supply chain need – without it, both London and the wider country will be held back.’ However, by early April no such deal had been agreed.

TfL Commissioner Andy Byford had a similar message when he spoke at the London Assembly Transport Committee on 14 March, calling for major capital investment in the tube. Highlighting that the 1972 stock trains on the Bakerloo Line are in their 50th anniversary year, he said: ‘Wouldn’t it make sense, once we finish building the Piccadilly Line trains, to have a follow-on order for Bakerloo Line trains? That would make so much sense. You could leverage a much better unit price.’ He also called for resignalling of the Piccadilly to follow on from the introduction of new trains, saying: ‘To me it is crazy to provide new trains and not to provide new signalling’. 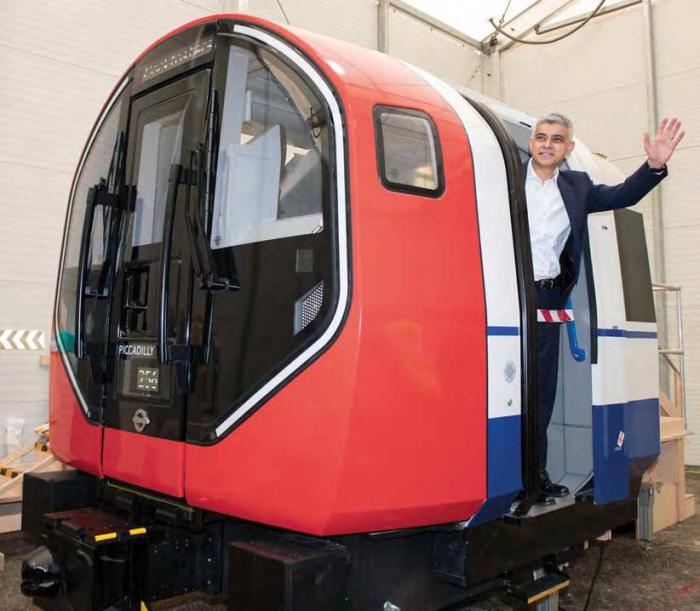 Calling for Government support: Mayor of London Sadiq Khan in the mock-up cab for the 2024 stock trains for the Piccadilly Line during a visit to the Siemens Mobility site at Goole on 21 March 2022.
Courtesy Mayor’s Office 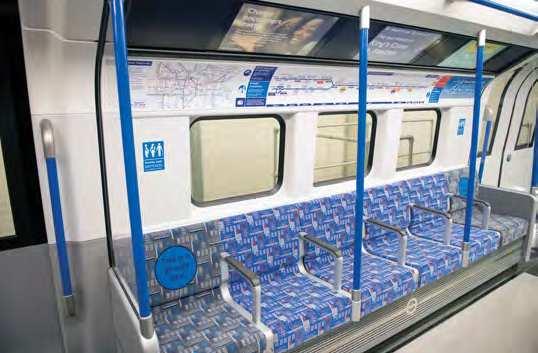