PHILIP SHERRATT REPORTS ON SOUTH WESTERN RAILWAY’S REFURBISHMENT PROGRAMME, INCLUDING THE RETURN OF CLASS 442s AND AN UPGRADE TO ITS DESIRO FLEETS 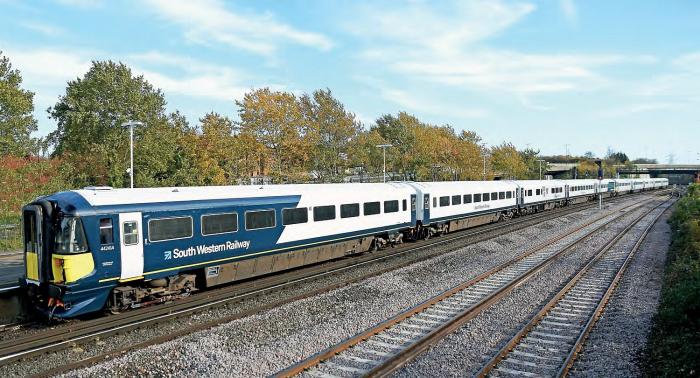 The Wessex Electrics are coming back to their former stomping ground. Withdrawn from the South Western just over 10 years ago, the Class 442s transferred to the Gatwick Express, before being replaced there during 2016 and 2017 by Class 387 Electrostar EMUs.

In its new franchise, FirstGroup and MTR committed to bring the ‘442s’ back to the South Western to operate on the Portsmouth direct line. Of the 24-strong fleet, SWR is to reintroduce 18 of the five-car sets, with the first pair of units now planned to enter service in January.