For those of you interested in such things, 2017 is a prime number. On the face of it, that might be the most exciting thing about the year – there is no Olympics, no Football World Cup and (probably) no General Election. Yet there is little prospect of the year being uneventful, at least so far as railway policy goes.

Indeed the early planning work at Rail Freight Group suggests that the agenda is likely to be substantial, requiring consideration in a number of areas.

Of national importance is the likely triggering of Article 50 in March, which heralds the start of the formal negotiations to leave the European Union. As yet, we do not know how this will affect the railways, but changes to areas such as the Customs Union are likely to impact on rail freight. Proposals to amend domestic railway law and standards must also be kept under review; in particular the key protections for rail freight which are based on the European First Railway package must continue to be part of UK law for the long term.

Changes in law would be necessary if the Department for Transport were to pursue with vigour proposals to reintegrate infrastructure and operations. Despite some of the media coverage, Secretary of State Chris Grayling’s announcement just before Christmas stopped short of recommending this. It did however include closer alignment between some passenger operators and Network Rail routes, including the Midland main line, which is a key freight route for construction traffic. The details of these proposals need to be established, and freight operators’ needs (and indeed those of other passenger operators) must be respected in these new arrangements.

Such measures are an extension of Network Rail’s own plans for route devolution that are now in implementation. A welcome strengthening of the Freight and National Passenger Route provides the additional resource needed to tackle some of the key priorities and to help customers with their proposals. Yet there are still gaps in the overall framework of governance necessary to help the Freight Route get the support it needs from the asset-owning geographic Routes.

The Office of Rail and Road (ORR) sees Route-based devolution as the priority pillar for the Periodic Review 2018. Although the review will not reach draft determination until late 2018, experience suggests that this will be the most important year for establishing the principles and scope of the settlement. We have already responded to consultations on Route-based regulation and the national system operator, and the major document on charges and incentives is presently open for comment until early March.

It is too early to tell how the review will unfold. Certainly there has been good consultation and pragmatism in the work to date, but there is no doubt that many challenges still exist. Although ORR has ruled out a significant review of the structure of the variable charge, Network Rail’s early cost estimates might suggest a substantial rise unless renewed efficiency targets are applied. ORR is also set to look again at mark ups (despite concluding last time that only coal, nuclear and iron ore could afford to pay one), and there is no clear consensus on the capacity charge. This will all need to be addressed in the coming months.

Periodic reviews are not just about charges (although it can sometimes feel that way), but also give the opportunity for governments to define what they wish the railway to achieve, and what they are prepared to pay for it. The so-called High Level Output Specifications (HLOSs) are due to be published by the Westminster and Holyrood governments during the year, and will also define if, how and when they wish to fund any further enhancements to the railway. This is likely to be fraught given the experience of last time and the ongoing concerns over costs, but we will nonetheless need to press for some consideration of freight enhancements and an ongoing Strategic Freight Network fund.

Elsewhere, HS2 is pushing forward and we expect to see Phase 1 get its powers shortly. This is good news, and we also hope to see renewed action on Phase 2a, critical to ensure network capacity is not hindered north of Handsacre. For freight the attention must now remain on the plans for the West Coast main line from 2026 onwards, and ensuring that the proposed new combined franchise has the right incentives for other operators. The section north of Preston remains very difficult and we will need to press DfT and others to identify affordable solutions that do not compromise our services. 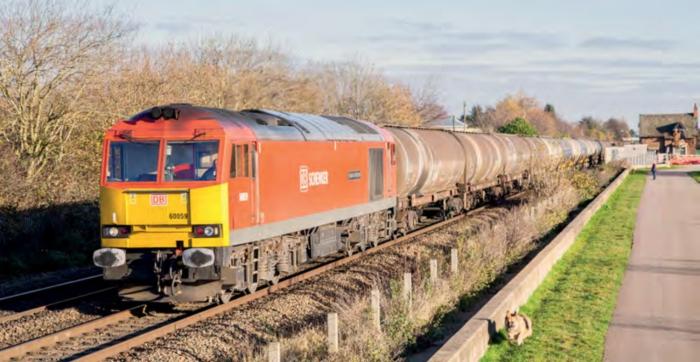 So overall a busy year ahead for the rail freight sector, and with much to play for. We look forward to reporting back in this column as the year progresses.