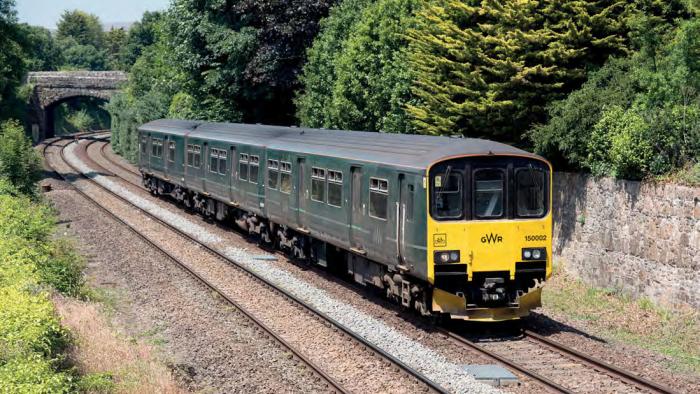 On the move: Class 150 ‘prototype’ three-car sets Nos 150001/002, constructed in 1984 and with GWR since early 2012, transferred as planned to Northern on 1 April, running together as the 5M31 08.57 St Philip’s Marsh to Newton Heath working. During their time at GWR they received modifications to bring them more in line with the production Class 150 units. After initial use between Reading and Basingstoke, releasing Turbo sets to reinforce Thames Valley services, the introduction of Class 387 EMUs allowed them to transfer to St Philip’s Marsh depot in Bristol for use on local services in the Bristol and Exeter areas. This is No 150002 working in the West Country on the approach to St Austell on 28 June 2018.
Tony Miles