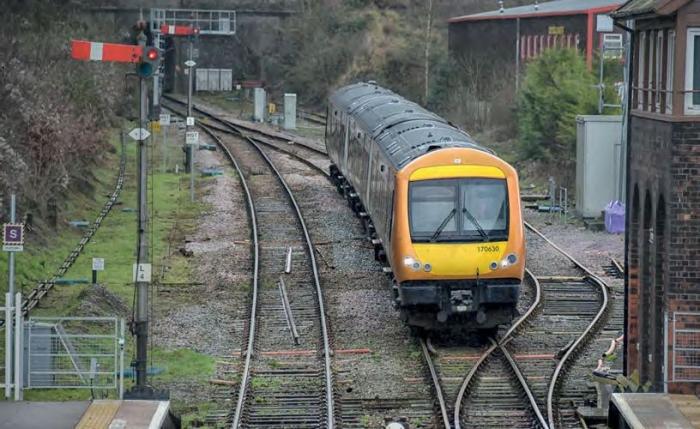 CONSTRUCTION OF new chords at Bordesley, a dive under or flyover at Nuneaton and improvements to the railway through Leicester headline the Midlands Rail Hub plans submitted to Government by Midlands Connect.

The proposals set out up to £2 billion of investment in 15 pieces of new and improved infrastructure to be completed between 2024 and 2033. Midlands Connect says the plans will make space for 24 new passenger trains an hour across the network along with an additional 36 freight trains each day, providing faster and more frequent services across the region. Following the submission of the Strategic Outline Business Case to the Department for Transport, Midlands Connect has requested a further £25 million to bring the project to Outline Business Case stage, which includes specific scheme development and sequencing, a full overview of benefits, project designs, and a full risk assessment.

The headline enhancement, costed at up to £950 million, is construction of the Bordesley chords, two new viaducts enabling services from the south west and East Midlands to access Birmingham Moor Street station, where extra platforms would be provided. This would enable services to be diverted from the congested New Street, as well as providing better linkage to the HS2 station at Curzon Street, adjacent to Moor Street station. The programme is fully integrated with the West Midlands Rail Executive’s plans to redevelop Moor Street in connection with HS2. 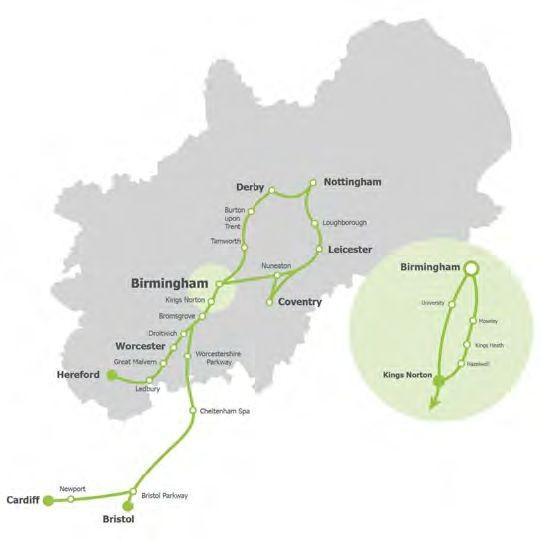 The Bordesley chords element accounts for 20 of the proposed 24 additional trains per hour, with plans including an additional two trains per hour in both directions from Birmingham to both Leicester and Derby, along with one extra train per hour to Nottingham, Hereford via Worcester, Cardiff and Bristol. Other additional services would run on the Camp Hill line serving new stations at Moseley, Kings Heath and Hazelwell, with this project being led by West Midlands Rail Executive and services planned to begin in 2022, initially running into New Street.

A major investment at Nuneaton, costed at up to £120 million, would see reinstatement of a dive under or construction of a flyover across the West Coast main line to allow direct services between Coventry, Leicester and Nottingham for the first time since 2004.

Interventions targeted for completion by 2026 include four-tracking at Water Orton to improve capacity, reinstatement of the fourth platform at Snow Hill vacated by the Midland Metro extension on street into Birmingham city centre, a turnback siding at King’s Norton for Camp Hill services, restoring four-tracking from Longbridge to Barnt Green and speed improvements on the Leicester corridor.

Further improvements at Leicester would follow later, including installation of freight loops and track improvements. Another major project scheduled for the latter part of the programme is improvement to the Worcester to Hereford line through doubling west of Ledbury and provision of additional signals, costed at up to £235 million. 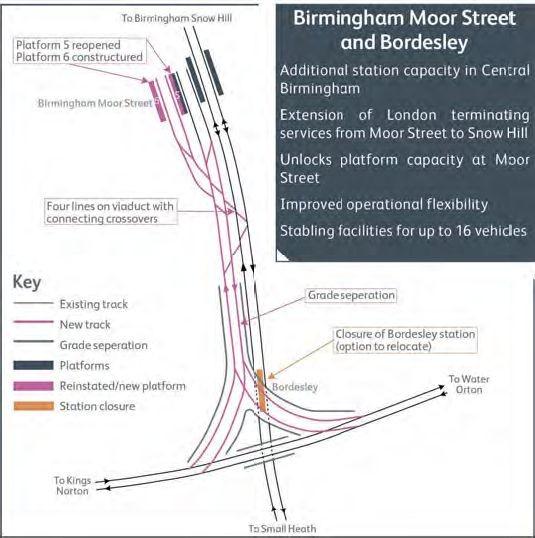