Chancellor of the Exchequer Rishi Sunak talked of ‘spades going in the ground on HS2’ when he made his Budget speech to Parliament on 11 March after the Government recommitted to High Speed 2. As we reported last month, Prime Minister Boris Johnson backed the full Y-shaped network from London to Leeds and Manchester. But while Phase One to Birmingham (as well as the short Phase 2a extension to Crewe) remains, on the whole, as planned, Phase Two is now the focus of a review and, as the announcements say, remains subject to change. 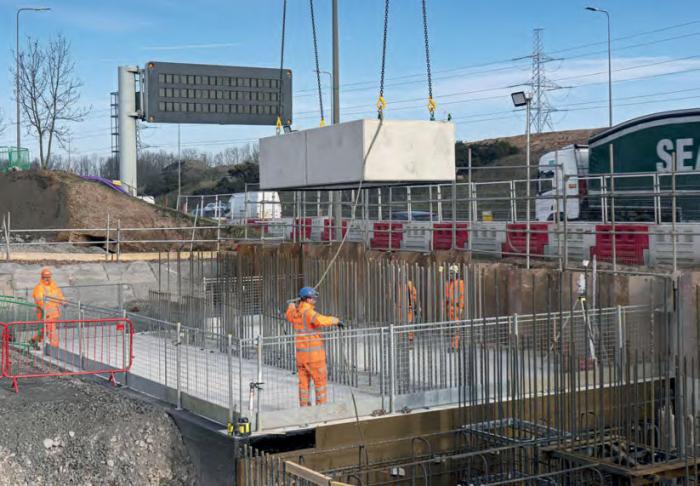 Birmingham Interchange works: trial placement of the first modular bridge component over the M42 on 7 January 2020. These units are manufactured offsite at the Explore Manufacturing facility near Worksop, and then brought to site by road.
Courtesy HS2

The Government’s go-ahead for HS2 has been followed by publication of ‘Terms of reference for an integrated rail plan for the North and Midlands’. This provides a short summary of how ministers intend to consider the HS2 Phase 2b route alongside Northern Powerhouse Rail, Midlands Rail Hub and other major Network Rail schemes to ensure these are coherently scoped, designed and delivered and can be operated as an integrated network.